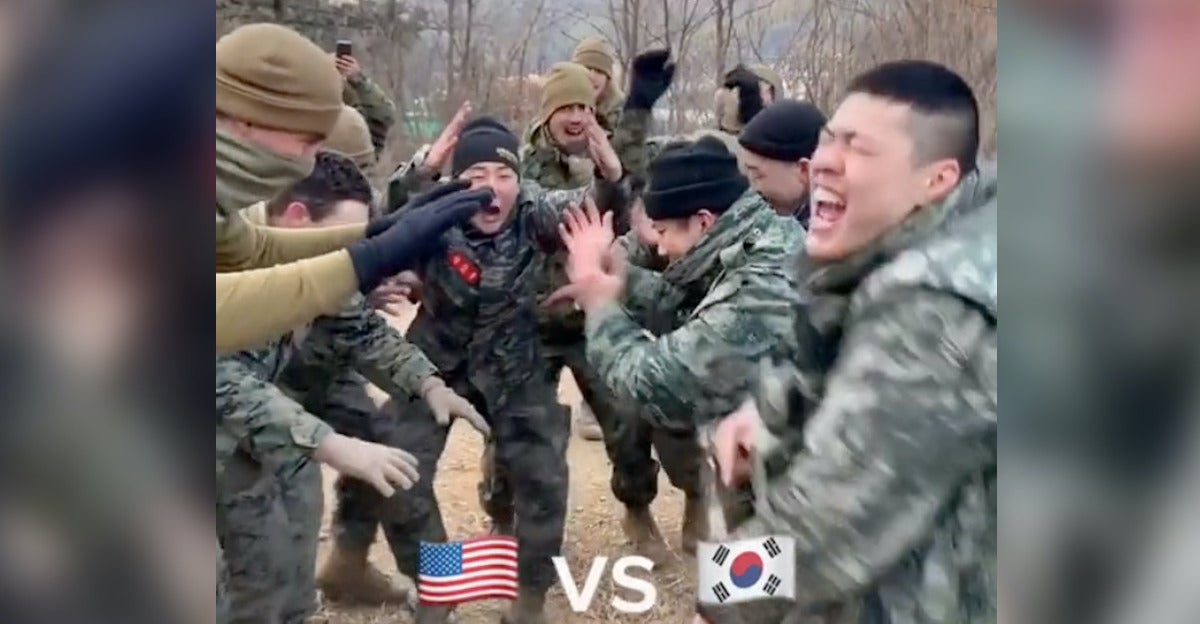 It’s the last Friday in May. The novel coronavirus (COVID-19) is spreading, Minneapolis is burning, and everyone on the United States has been stuck inside for months. In short, everything sucks.

Luckily, a handful of videos capturing an international military dance-off between U.S. and South Korean Marines is exactly the dose of awesome we needed to carry us into the weekend.

The videos, posted to TikTok by self-described 0311 Drew Longest, show Marines and their South Korean counterparts blowing off steam in the most adorable international exercise I’ve ever seen.

Out of the 26,000 personnel stationed in South Korea as of March 2020, just over 200 were Marines, according to Defense Manpower Data Center statistics.

Most recently, United Nations Command announced that it had joined the South Korean military in joint training exercises with U.S. military personnel to deal with “illegal incursions” into local waters, per Yonhap News.

Apparently the three-day Marine Corps-led exercise concentrated on “knowledge sharing, discussions and live training” to develop and train “on responses to illegal incursions,” UNC said in a Facebook post.

Sure, a dance-off may not seem like essential training, but sometimes the complicated world of diplomacy calls for it!

culture
dance
How The Other Half Fights
Humor
mandatory fun