A case study in how to earn your Marines' respect. 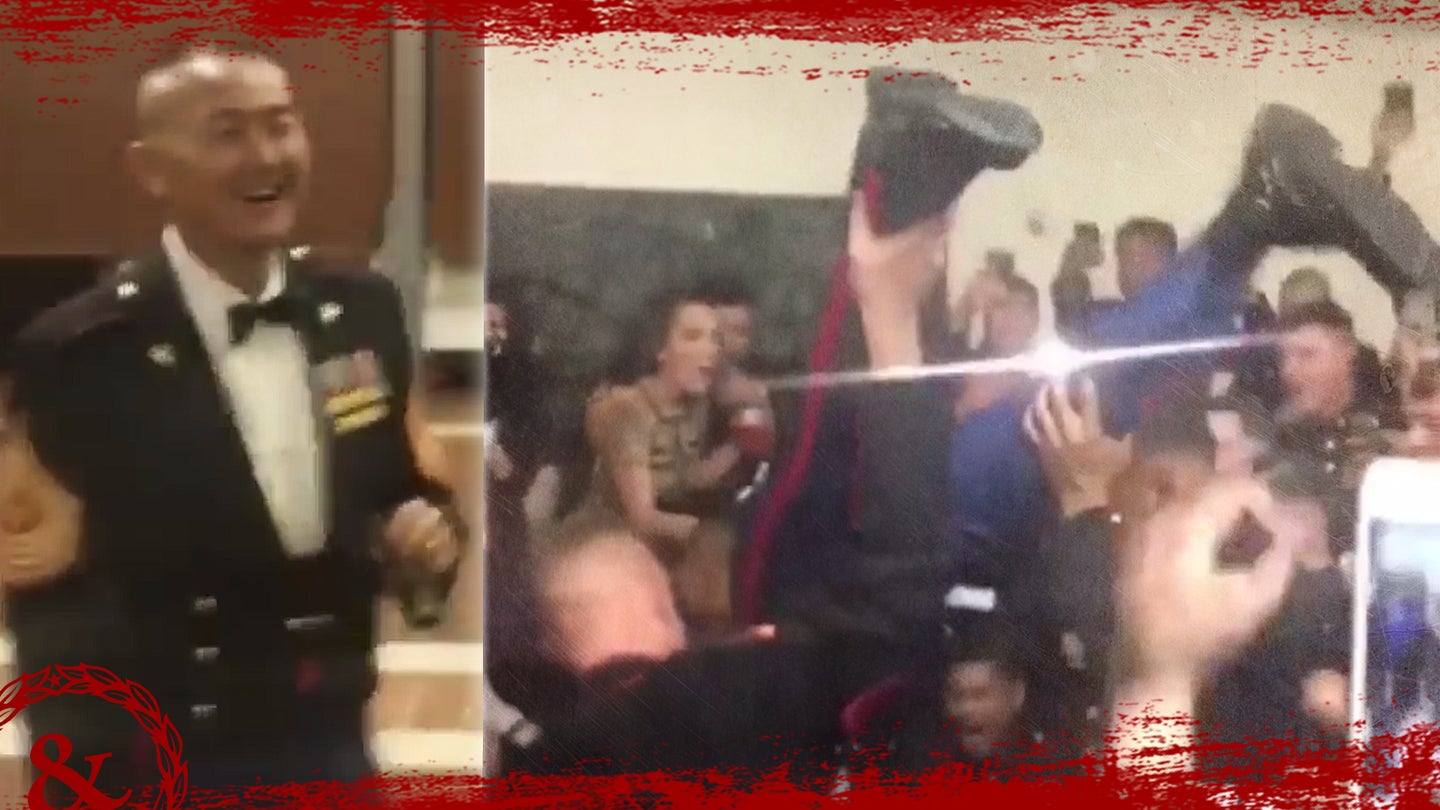 Here at Task & Purpose, we do our best to highlight the extraordinary accomplishments of everyday service members. Often that means writing about acts of heroism on and off the battlefield. Other times we spotlight moments of intestinal fortitude and moral courage when someone stands up to right a wrong, sometimes at great cost.

Then there are days like today when I get to draw your attention to those rare occasions when a senior leader endears themselves to their troops. And for one sergeant major, it was in the most Marine way possible:

This video recently went viral on TikTok, where it quickly racked up more than 100,000 views, but it’s actually from at least three years ago, seeing as it appeared on Terminal Lance back in November 2017 when it was viewed more than 1.6 million times. At just 38 seconds, the video is short, though it’s more than enough time for this sergeant major to become a living legend in the eyes of his Marines.

Based on the dress blues, and the ‘Yut-yut-semper-fi-do-or-die’ levels of motivation, we can say with near-certainty that it was recorded during a Marine Corps birthday ball. It shows a sergeant major as he’s very easily cajoled into doing a keg stand before a room full of cheering Marines. And when I say cheering, what I really mean is: Drunkenly screaming and hollering ‘sergeannnnttt maaaajoooooorrrrrrrr’ at eardrum bursting decibels.

Now, for those unfamiliar with the comings and goings of the Corps, think of sergeant majors like MARPAT-wearing — and very angry — vice presidents at a middle school. While their day job is technically an administrative one, they are infamous for their ability to make the lives of junior Marines absolutely fucking miserable.

Every delayed day of leave, every time you showed up three hours earlier than you needed to for a field exercise, and every single instance when somebody “piggybacked” on what the “BC said” was probably the sergeant major’s doing. Behind the scenes, however, they’re usually the ones telling the officers in the room that “no, I don’t think it would be good for the Marines to spend their 96 writing a reflective essay about what they hope to achieve from their Marine Corps career, sir” or putting down some other suggestions from the good idea fairies on the command deck. But, that’s not a side of sergeants major that the rank and file usually get to see.

Given their reputation as high-and-tight sporting rage machines, it’s rare to see a ballroom of Marines actively celebrating the person who’s usually the most disliked member of the unit — and while it probably had a little bit to do with the keg stand, chances are high that there was probably already some love between this sergeant major and the rest of the Marines based on their reaction to the keg stand.

For those Staff NCOs reading this and wondering: “Hey, how do I get my Marines to not hate me?” Consider taking a play out of this as of yet unidentified sergeant major’s book. That or just cut them loose from work early a few days this month instead of going along with the CO’s plans for a mandatory family fun day over the next long weekend.

If you know who this living legend is, or if you were there that day, please drop James Clark a line at James@taskandpurpose.com