Sorry, Marines: Getting totally drunk may not actually help you max out your PFT scores

Someone had to ask. 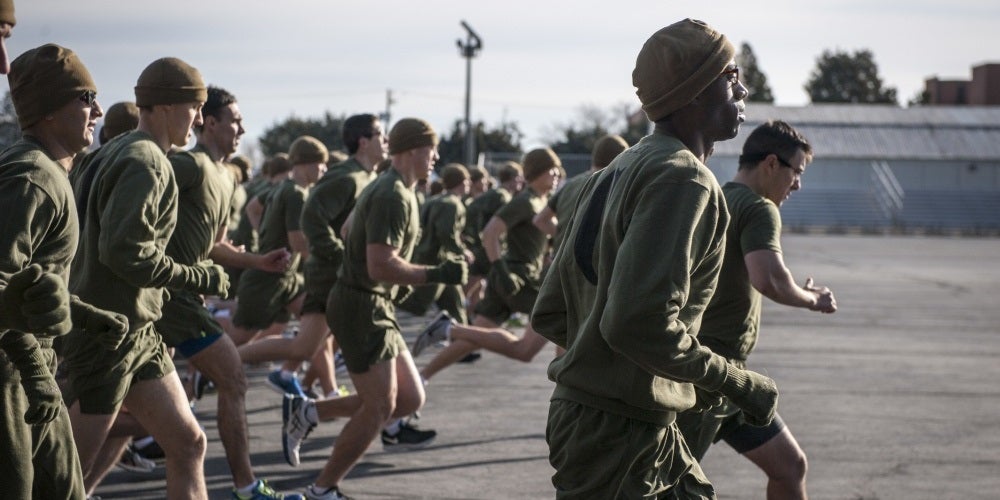 Despite Corps lore, the Marines do not have any evidence that shows alcohol consumption leads to higher scores on the Physical Fitness Test.

Anyone who has been in the Marine Corps – or been within 50 feet of any Marine – has doubtlessly heard stories about someone who allegedly maxed out his PFT scores while completely inebriated.

In fact, this legend was even the subject of a 2012 Terminal Lance post by Marine veteran Maximilian Uriarte, the legendary chronicler of grunts, boots, and POGs.

Given the plethora of anecdotal evidence on this matter, Task & Purpose asked Maj. Gen. William Mullen, head of Marine Corps Training and Education Command, if the Corps had any data indicating Marines do better on the PFT whilst drunk.

“Interesting question,” Mullen replied during a Pentagon press briefing. “No. Over.”

Marine Corps Commandant Gen. David Berger announced in April that the PFT requirement for the remainder of 2020 was being suspended due to the novel coronavirus (COVID-19) outbreak.

Marines will be required to take the PFT again in 2021, Mullen said.

That gives Marines plenty of time to embrace sobriety before taking the test.