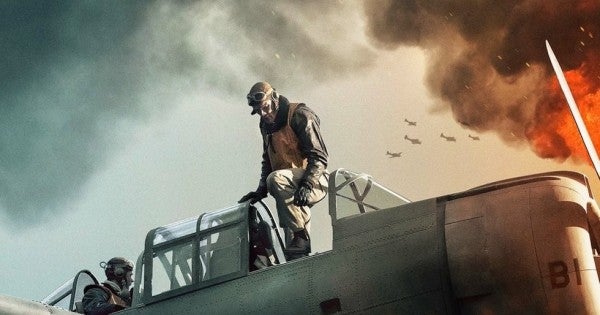 Known for big-budget disaster movies filled with special effects like Independence Day and Godzilla, Emmerich long wanted to recount the giant air and sea battle in the Pacific during which U.S. forces defeated an attacking Japanese fleet.

The June 4-7 1942 clash, the subject of a 1976 film starring Charlton Heston and Henry Fonda, took place six months after the Japanese attack on Pearl Harbor, which had catapulted the United States into the conflict.

But a new studio deal, financing and the 2001 release of romantic war drama Pearl Harbor put Emmerich's version project on hold, he told Reuters in an interview.

“I chose another war movie, I did The Patriot but it Midway never left my mind,” the 63-year-old said referring to his 2000 film set during the American Revolutionary War. “All of a sudden Pearl Harbor was there so I had to wait.”

Midway was rekindled several years ago when work on a script began.

The film focuses on real-life U.S. Navy bomber pilot Richard 'Dick' Best, played by British actor Ed Skrein, and Emmerich said he worked with the U.S. navy to make the movie, having to convince some officials about the production.

“I had to talk to the admiral who was running Pearl Harbor, all the different places there … and he was very dismissive. He said 'this is one of these Hollywood movies (which) has a cheesy love story and uses our soldiers, to tell it',” he said.

“And I said, 'well, not really' … I said, my movie is about Dick Best and … from that moment, he was so supportive .. and he ended up even being an extra.”

A special screening of Midway was held in Hawaii for U.S. Navy sailors at the base.

Despite the long wait, Emmerich said the upcoming release of the film, which also stars Woody Harrelson, Dennis Quaid and Nick Jonas, was timely.