It doesn't matter how sweet your ride is; no amount of gung-ho bumper stickers, chrome, or flame decals will ever compare to the majesty of this MH-60S Seahawk. 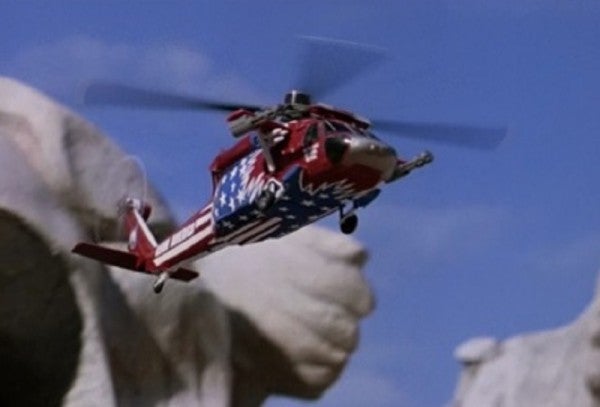 It doesn't matter how sweet your ride is: no amount of gung-ho bumper stickers, chrome, or flame decals will ever compare to the majesty of this MH-60 Seahawk:

Now, if you did a double-take after seeing that photo, you're not alone. There's something very 'Merica about that spangly bald eagle paint job, almost like it was plucked straight from Team America: World Police and tossed onto the flight deck.

“All of our squadrons do a special paint job on their '00' aircraft, which typically has the name of the air wing commander on it,” Lt. Travis Callaghan, a Navy spokesman, told Task & Purpose.

“As far as the ‘00’, all of the aircraft assigned to a squadron are assigned a number (for helos its usually 00-14 or however many helicopters are assigned),” Callaghan explained. “The ‘00’ aircraft will either have the air wing commander or type wing commander’s name on it, and gets a special paint job. 01 would be the CO’s aircraft, 02 for the XO and down the line to the most junior pilot.”

In the case of “Betsy,” the helo is designated as a show bird, though if she were assigned to deploy, she'd get the traditional grey paint scheme, Callaghan said.

As for how the aircraft was named, and where the inspiration for the design came from, Callaghan couldn't say, stating just that the bird was “painted few years ago” and that the individual behind the paint scheme “is no longer associated with the squadron.”

That said, it stands to reason that the helo may have taken its name — and its stars-and-stripes design — from Betsy Ross, who is credited with creating the first American flag.

Regardless, Betsy is definitely a sight to behold, though it's a shame that she'll never see downrange service with her paint job intact.