If the Navy were run by the same sleazy used car salesmen who gather around military bases the way a pack of hyenas stalks the savannah, then the service might look something like this 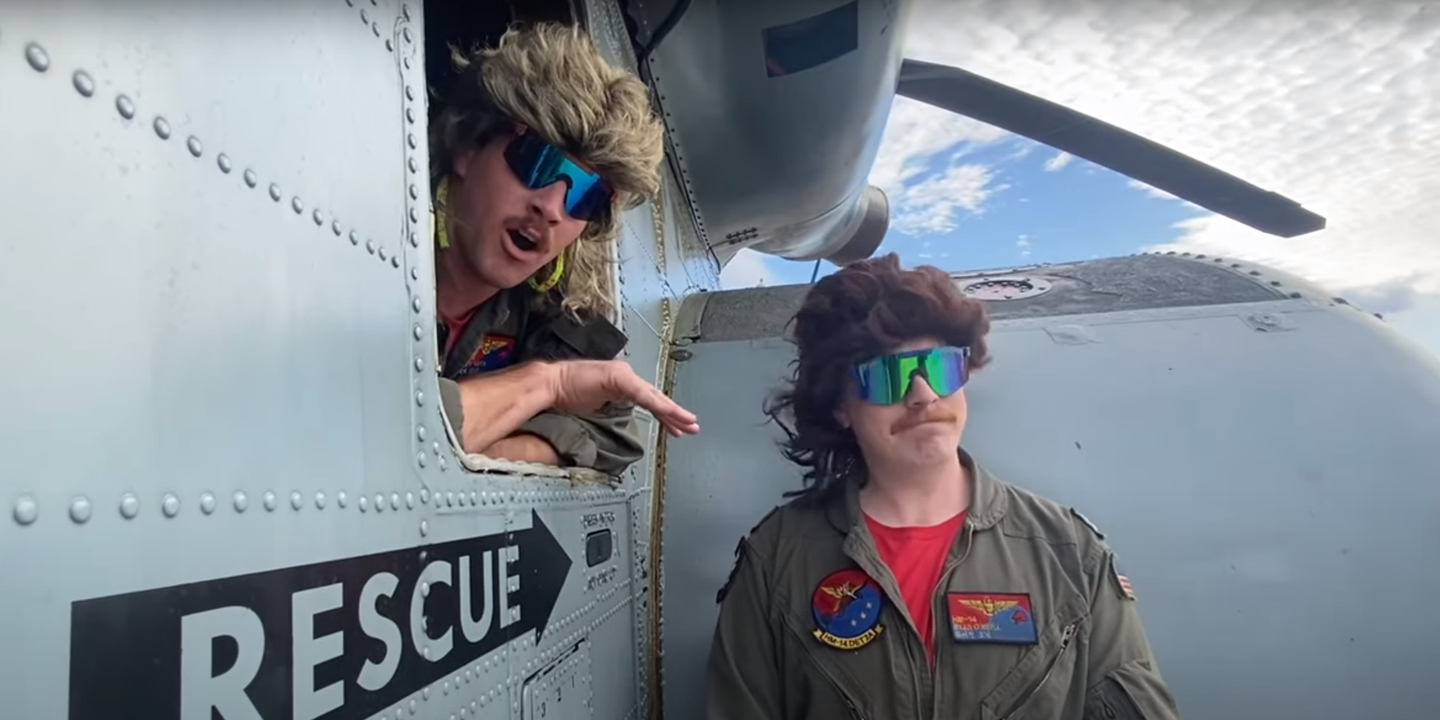 If the Navy were run by the same sleazy used car salesmen who gather around military bases the way a pack of hyenas stalks the savannah, then the service might look something like this:

The parody video was recently uploaded to the official YouTube channel for Helicopter Mine Countermeasures Squadron 14 based out of Virginia and shows a pair of sailors as they attempt to hawk a used 1984 Sikorsky MH-53 Echo Sea Dragon helicopter.

In it we see “Riley Drips” and “Rilese,” a pair of fake mustachioed and mulleted hucksters with “Big Iron Sales” which has “the best used and certified pre-owned helicopters in the whole U-S-of-A,” exclaims Riley. Or is it Rilese? It’s hard to tell them apart.

The goofy video is actually quite informative, with the salesmen going over the aircraft’s specs from its ability to refuel mid-air, to its three engines boasting more than “3,000 horses” and seven rotor blades.

Then there are the fun facts, like how it is “the largest hovering thing in the free world,” and the dazzling range of colors it comes in: Black, gray, and black and gray.

Or, as Riley puts it in the video: “You ever seen a big rig and thought: Wow, I’d really like to fly one of those?’ Now’s your chance.”

And let’s not forget about its “premiere airborne mine-countermeasure equipment,” Rilese reminds viewers.

“Remember that last time you were at the beach and your whole day was ruined because of those mines? Exactly. You’re welcome.”

According to the two aviators and part-time purveyors of aging aircraft, there are fewer than 30 MH-53 Echo Sea Dragons left in the world, and they’re conveniently located at the following three locations: Norfolk, Virginia, South Korea, and Bahrain.

So, if you’re looking to get your hands on one of these bad boys, head on down to your local recrui— err, dealership and pick one up while sales last!

Related: How to avoid getting ripped off by a car salesman