No joke, Steve Carell’s ‘Space Force’ parody is launching on Netflix in May 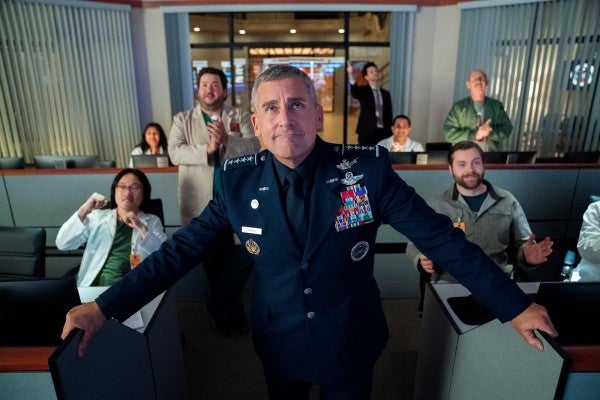 I cannot wait for Space Force.

Starring Steve Carell, Space Force is set to air on the streaming service on May 29. Leading up to the show's launch, their official Twitter account continued its trend of poking fun at the premise of making an entire series about a newly established military service, and dropped a few promotional photos in the process.

What did you think? This was some kind of joke?
Space Force is coming May 29. pic.twitter.com/TPW0nhDjcO

Even before the military's newest branch was officially established in December, it faced some tough questions, from “lol, why?” to “what will the ranks be?” and “what's the official song?” and on that note, let's talk uniforms.

And based on the new set photos, it looks like Netflix's Space Force has done a better job at recruitment than the real thing, which has only two members.

These Netflix promo pics show more fictional members of the Space Force (four) than there are in real life (two) https://t.co/IKvyjpWKYh