My earliest television memory other than my Saturday morning cartoon ritual was watching Operation Desert Storm occur live. And since... 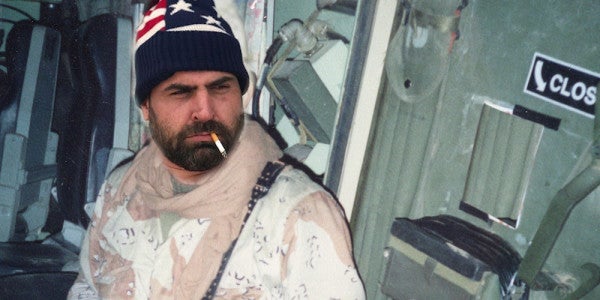 My earliest television memory other than my Saturday morning cartoon ritual was watching Operation Desert Storm occur live. And since it was the first American war to have 24-hour news coverage — and since, like many families, we only had one TV — it was the only thing I saw.

Videos and stills of attack helicopters, Tomahawk missile launches, tank charges, and explosions cyclically ran through the commentary. To this day, I still remember hearing CNN’s Peter Arnett narrate the war in his calm Kiwi accent. All of this was happening as my parents kept their eyes diligently glued to the TV.

A burned out Iraqi tank during the first Gulf WarHarv Howard

It was the biggest show of military force since Vietnam. But unlike our endeavors in the east, the U.S.-led expulsion of Iraq from Kuwait was an overwhelming victory, one that the American people desperately both domestically and geopolitically. An awe-inspiring air campaign and three-day ground war, combined with the fact that the Soviet Union was on its last legs, put the U.S. back on track as the undisputed power of the world.

Sandwiched between the U.S.’s previous financial support of Saddam Hussein’s regime during the Iran-Iraq War — one that transitively funded his invasion of Kuwait — and our ongoing headaches in Iraq brought on by the 2003 invasion, Operation Desert Storm highlighted everything America could do on the international stage. The mission was clear, and it was achieved with an abundance of moral and physical support from around the world. The U.S. will never experience a war like it ever again.

Plus we got Lee Greenwood out of it. So that’s sort of a good thing, I guess.