Discovery says that early episodes will focus on new discoveries related to ancient mammoths in Alaska and a lost pirate ship in the Caribbean. 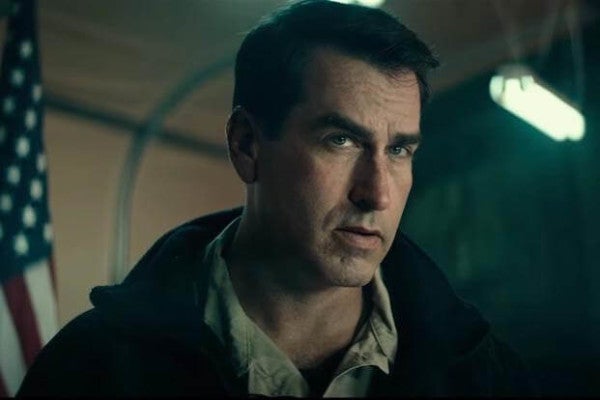 Marine Corps veteran Rob Riggle has enjoyed an amazing post-military career as a comedian, actor and creator of funny videos for the FOX NFL pregame show. Now, he's going to put his self-proclaimed “extensive knowledge of everything” to use as host of the Discovery Channel series “Rob Riggle: Global Investigator.”

The actor's most notable role is his performance as Lt. Col. Max Bowers in “12 Strong.” Bowers was Riggle's real-life commander when he served in Afghanistan in the perilous early days of the invasion the United States launched after 9/11.

Rob made his Discovery debut last summer when he trained with NBA legend Shaquille O'Neal for a shark dive on the show “Shaq Does Shark Week.” Check out what happened in the video below.

Riggle's upcoming projects include a role with Robert De Niro in the comedy “The War With Grandpa” and working as the color commentator for NBA star Steph Curry's upcoming ABC miniature golf competition series “Holey Moley.”