The trailer for Netflix's Space Force is finally here, and it is glorious 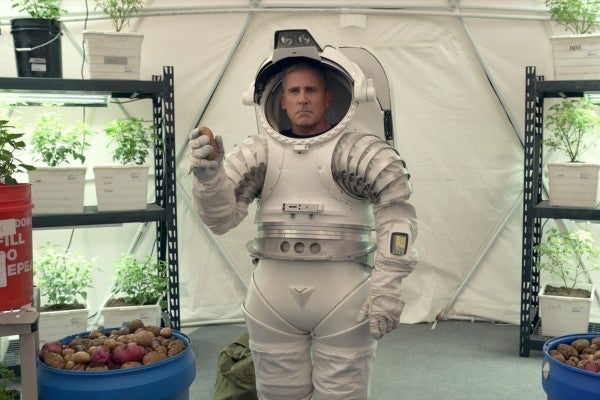 The trailer for Netflix's Space Force is finally here, and it is glorious.

The highly-anticipated workplace comedy focuses on the creation of America's newest military branch, and those poor souls tasked with actually making that happen. Based on the trailer, Space Force will be taking aim at everything from military bureaucratic bullshit, to federal waste, and gross incompetence.

It is, as one character says in a trailer: “A complete shit-show.”

Consider one scene that will resonate with anyone familiar with the the U.S. military's acquisition and procurement processes: After a prototype rocket blows up on the launchpad, novice service chief Gen. Mark Naird (played by Carell) turns to another Space Force officer to ask about the cost.

The trailer also gives us a glimpse of other topics plucked from the headlines and ripe for parody, like the suspicion of “science” that seems to be a little too popular right now.

“As a scientist, you have a loyalty to reason. Makes you a little untrustworthy.” Naird says to Dr. Chan Kaifang, a Space Force scientist played by Jimmy O. Yang (Silicon Valley).

Other things to look forward to when Space Force hits Netflix on May 29, include the Joint Chiefs of Staff played by Noah Emmerich, Jane Lynch, Diedrich Bader, and Patrick Warburton; a budget hearing, which is likely to be both hilarious, and embarrassingly accurate given the federal government's somewhat troubling track record of needlessly wasting taxpayer dollars; and Naird's surprisingly accurate ribbon rack.

Get excited. We know we are.