There’s a lot of “out there” news these days, but this one takes the MRE pound cake for being straight-up … Continued 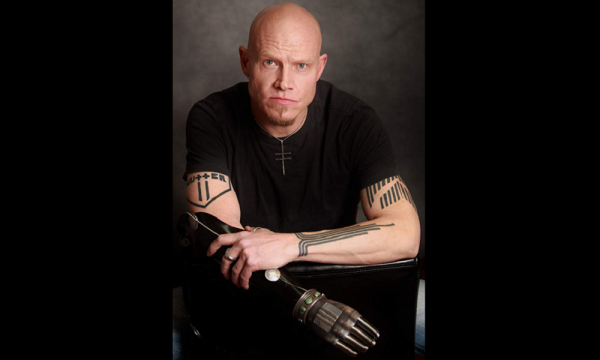 There’s a lot of “out there” news these days, but this one takes the MRE pound cake for being straight-up bonkers.

Actor Todd Lawson LaTourrette — whose credits include brief roles on TV shows Better Call Saul and Longmire plus a bit part in The Men Who Stare At Goats — publicly outed himself as faking military service to get his big break during an Oct. 29 interview with KOB4 news.

But the story gets more bizarre, because of the lengths he went to do it: LaTourrette said that 17 years ago, he cut off his own arm, cauterized the wound, then made his own prosthetic, all so he could pass himself off as a war-wounded veteran.

Here’s how he explained it to KOB4:

“I severed my hand with a skill saw,” Latourette, who said he is bipolar and was off his medication at the time, told the local Albuquerque, New Mexico outlet. “The state of my mind was a psychotic episode.”

Following the DIY operation, Latourette began landing a number of television roles, including his recent part in Season 4 of Better Call Saul in September, after claiming he was wounded overseas.

“The film industry obviously took a different angle,” Latourette said in the interview. “That I was different. And so they liked that.”

But Latourette said the lie has been hard to live with, and hinted that it's because he stole the limelight by claiming to be a veteran, when he wasn't. So he decided to come forward to make amends.

“I was dishonorable. I'm killing my career by doing this, if anyone thinks this was for personal edification, that's not the case,” Latourette said. “I'm ousting myself from the New Mexico Film Industry. And gladly so, just to say what I've said.”

The actor told KOB4 that he’s not seeking forgiveness, just a chance to close this chapter in his life, and hopes his, uh, experience, may help others dealing with mental health challenges.

If nothing else, it’s a cautionary tale that there are limits to what you should do to land your big break in a cut-throat industry — like cutting off a limb to score a role that may have gone to a wounded military veteran looking for his or her big break.

SEE ALSO: Tom Hanks Wants Veterans To Audition For His Next War Movie