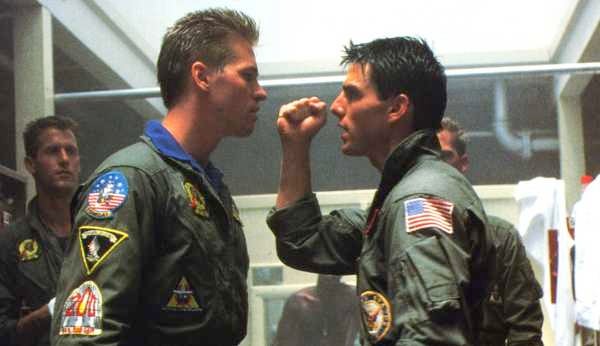 In fact, the Top Gun actor “didn’t care about” the iconic 1986 film at all when he was approached.

“I didn’t want the part,” Kilmer, 60, revealed in an excerpt from his memoir, “I’m Your Huckleberry,” published by The Daily Beast on Tuesday. “I didn’t care about the film. The story didn’t interest me.”

He added that his agent “basically tortured me into at least meeting with Tony Scott, saying he was one of the hottest directors in town and I could never afford to not meet with as many of them as possible, and also he was completely obsessed with me.”

Despite having “read the lines indifferently” at the audition, Kilmer “amazingly” landed the part.

Lo and behold, “I felt more deflated than inflated. I had to get out of there.”

And though star Tom Cruise “refrained from our revelry,” Kilmer expressed his admiration for the Mission Impossible star’s dedication to perfecting the “Maverick” role.

In the long run though, Kilmer said, “The movie was both and a blast and an education.”

He also became close with Scott, appearing on television for him “despite the fact that I hated TV” and mourning the director — who died in 2012 after jumping off the Vincent Thomas Bridge in Los Angeles.

“Ah, Tony, Tony, Tony,” he wrote. “I don’t know why you killed yourself, but I miss you almost every damn day.”