‘Twas the night before Christmas in a warzone…

Task & Purpose is pleased to bring you a festive Global War on Terror rendition of "A Visit from St. Nicholas." 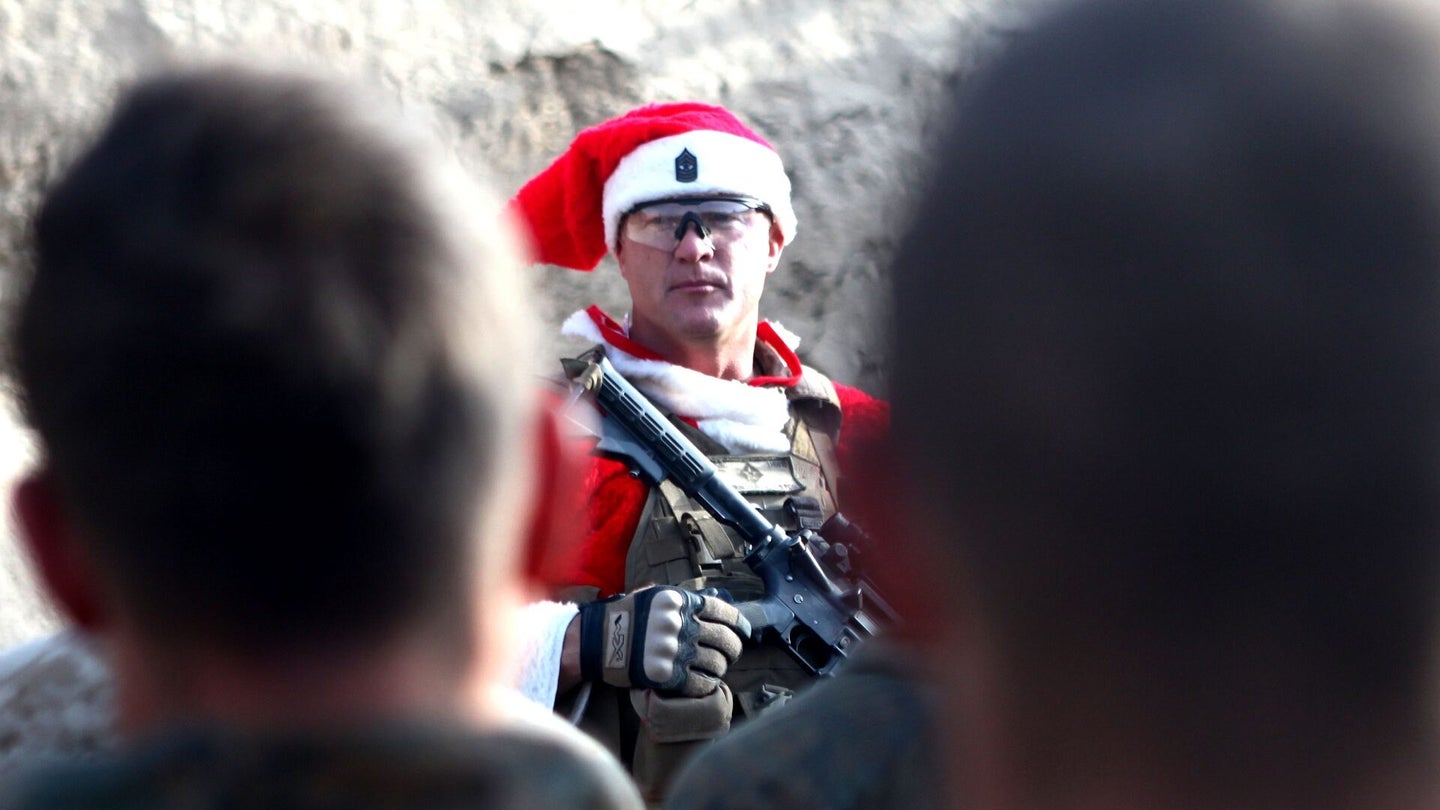 Editors note: This rendition of “A Visit from St. Nicholas” by Clement Clarke Moore was written by Task & Purpose senior reporter James Clark, who included photos he took during his 2011 deployment to Kajaki and Sangin, Afghanistan with 1st Battalion, 6th Marines.

‘Twas the night before Christmas,

When all through the warzone,

In the hopes that first sergeant would not be there

When over the radio arose such a clatter,

Into the PB the convoy came ’round

Then I heard him exclaim, ‘ere he drove out of sight,