"The Cold Blue" chronicles the heroism of those B-17 bomber crews of WWII who took to the sky to face the horrors of enemy fighters and clouds of flak, day after day. 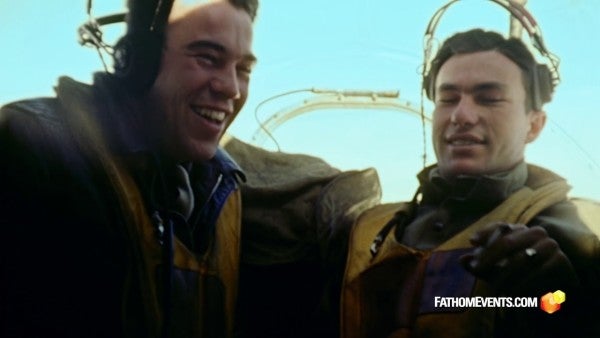 A new documentary places the audience inside of a B-17 flying fortress during one of the deadliest moments of World War II for American military aviators: Soaring over Europe in 1943 on a daylight bombing mission.

Directed by Erik Nelson, The Cold Blue will premiere in select theaters for one day only on May 23, via Fathom Events. The film was constructed using recently discovered and restored footage from the World War II-era documentary The Memphis Belle: A Story Of A Flying Fortress by William Wyler. Harold Tannenbaum, one of the cameramen who helped capture the original footage for The Memphis Bell, was killed in combat while filming.

The documentary follows the men of the Eighth Air Force who took part in a nearly nonstop daylight bombing campaign from May 1942 to July 1945 aimed at loosening the Nazi Regime's hold on Europe. While they ultimately succeeded, it came at a terrible price: The Eighth Air Force accounted for nearly half of the U.S. Army Air Force's casualties — roughly 47,480 out of 115,330 — and included more than 26,000 dead.

In a trailer for the film, we glimpse a formation of B-17s soaring through clear blue skies. The camera cuts to smiling young men, who share a smoke and a laugh. The next moment, clouds of flak dot the sky, and enemy fighters streak toward the camera as an unnamed narrator reads a poem:

“This is a poem by Randall Jarrell, who like me served in the Army Air Corps in World War II,” says the narrator. “It's called The Death Of A Ball Turret Gunner, and it goes like this; From my mother's sleep I fell into the state, and I hunched in its belly till my wet fur froze. Six miles from earth, loosed from its dream of life, I woke to black flak and the nightmare fighters. When I died they washed me out of the turret with a hose.”

The Cold Blue is as much a meditation on death and fear as it as a tribute those who found the courage to climb back into a flying fortress and face it all again, day after day.

“This project was a labor of love that has been three years in the making, from the discovery of William Wyler's original footage to working closely with the National Archives to restore it frame by frame,” Nelson said in a statement provided to Task & Purpose. “We're excited to finally share this special project with audiences across the United States, and to celebrate the last of the best — the men who risked their lives to save the world 75 years ago.”

The documentary was produced by Vulcan Productions and Creative Differences and premieres in select theaters on May 23. The Cold Blue will be available on HBO on June 6.