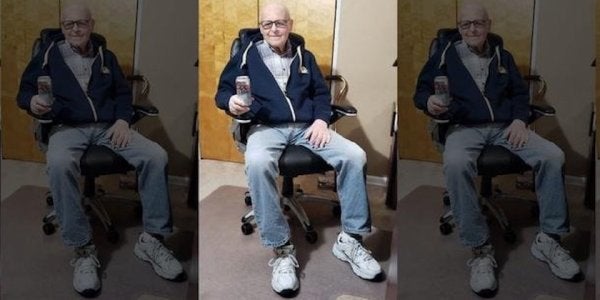 Fox News reported that Andrew E. Slavonic celebrated his 101st birthday on Dec. 1 with his family and friends in McMurray, Penn.

Slavonic said he has been drinking one Coors Light a day at 4 p.m. daily for the last 15 years.

Andrew’s son, Bob Slavonic, said his father still cooks for himself and reads the news every day.

“Around 4 p.m., he tells me that it is 4 p.m., and it is time for our beer,” Bob said. “He gets his Coors Light from the garage beer fridge and enjoys a nice cold one.”

Andrew Slavonic is a WWII Air Force Veteran who served as a nose gunner on the B24 Liberator and top turret gunner on the B17 Flying Fortress, according to Fox News.

He also trained new pilots that were transitioning from 2-engine to 4-engine planes during the war. And he still tries to be as independent as possible.