How Will The 2017 Budget Impact Military Personnel?

Fiscal year 2016 saw a number of changes to service member benefits, and 2017 is expected to follow along the... 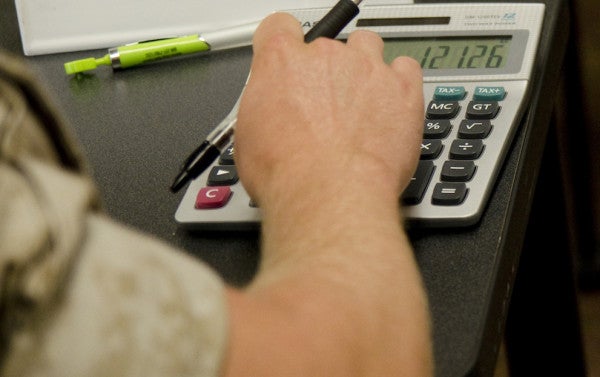 Fiscal year 2016 saw a number of changes to service member benefits, and 2017 is expected to follow along the same lines. As the Defense Department’s section of the president’s proposed budget was released Feb. 9, several personnel funding items are expected to be altered.

According to a department fact sheet, “The Budget ensures the U.S. military remains the world’s finest fighting force by prioritizing programs that respond to a rapidly changing security environment, care for our current and future service members and their families, and drive innovation for future challenges.”

For service members, 2017 will include a 1.6% pay increase, up 0.3% from 2016. However, the employment cost index rate went up by 2.1%, meaning military pay has not been adjusted to the same degree that the national average has.

“If we see problems in retention, a pay raise is something you can change every year, and we will,” said Mike McCord, the Defense Department’s chief financial officer. “If you put on blinders and only look at the pay raise, then of course you want the highest pay raise you can get. But since we have to balance, we think this is a good pay raise.”

Additionally, the basic allowance for housing will not be altered in 2017. It was raised five 5% in 2016.

The budget plans to eliminate mandatory minimum continuation pay for all troops reaching 12 years of service. This would allow each of the services autonomy to set continuation pay based on individual needs.

The current Thrift Savings Plan, which passed in October 2015, would also be affected. Currently, all members serving for three years are eligible for matching funds, with a cut off at 26 years. If passed, the 2017 budget would make service members eligible later, at five years, but also eliminates the 26-year cut off.

Family-focused reforms were also listed in the proposal, including standardized maternity and paternity leave, clauses to strengthen TRICARE health insurance, and the expansion of hours at military child care centers.

This budget, however, may not be final as the proposal goes to Congress for approval later in the year.

The overall Defense Department budget for 2017 reached a total of $583 billion.This year’s request is the second year into a deal to prevent sequestration. Unless there is an extension, however, sequestration spending caps will be reinstated in fiscal year 2018.