This article by Amy Bushatz originally appeared on Military.com, the premier source of information for the military and veteran community. Troops... 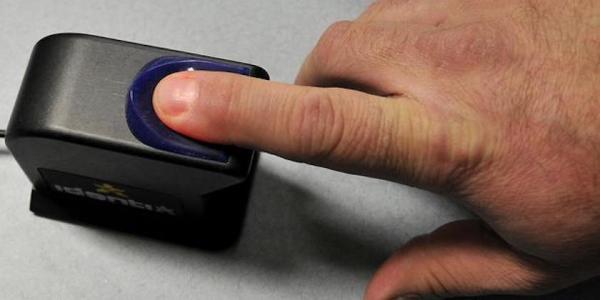 This article by Amy Bushatz originally appeared on Military.com, the premier source of information for the military and veteran community.

Troops with security clearances who have low credit scores or past-due bills could be at greater risk of having those clearances revoked, thanks to a change to the frequency at which background check officials look at financial data.

“The Department of Defense (DoD) will now 'continuously' monitor the financial status of service members with security clearances,” the Consumer Financial Protection Bureau announced in an Aug. 20 release. “This means that a past-due bill or an error on your credit report could jeopardize your clearance status.”

But a change directed by the White House earlier this year shifts the administration of background checks from the Office of Personnel Management (OPM) to the Pentagon, and with that comes the new automated monitoring plan, officials said.

“This new process might impact your DoD security clearance and prevent you from being deemed 'deployable,' which could greatly impact your military career unless you can prove to DoD that you were the victim of identity theft, fraud or a mistake and that you're currently living within your means and are making a good-faith effort to resolve your unpaid debts,” the CFPB release warned.

Pentagon officials did not respond to a request for clarification on how much a service member must be in debt or how low a credit score must be before a clearance is revoked or what troops who believe they could be impacted should do to address the problem.

Financial stability is just of one of many risk factors investigators considered when determining whether or not troops and other employees can hold or keep a security clearance, according to the National Security Adjudicative Guidelines, last updated in July, 2017.

“Failure to live within one's means, satisfy debts, and meet financial obligations may indicate poor self-control, lack of judgement, or unwillingness to abide by rules and regulations, all of which can raise questions about an individual's reliability, trustworthiness, and ability to protect classified or sensitive information,” the guidelines say.

Other facets considered by investigators include sexual behavior, alcohol consumption, and personal conduct, according to the guidelines.

Troops who are notified that their security clearance is being denied or revoked can appeal the decision with a hearing before the Defense Office of Hearings and Appeals. Financial experts who specialize in military issues recommend troops take simple steps to avoid problems like monitoring their credit reports and working to paying bills on time.

The shift of background check responsibility from OPM to DoD was made after a series of security incidents, including the 2013 attack on the NavyYard, exposed background check system flaws.

The DoD is expected to complete its takeover of the background check program in the next three years, according to the Associated Press.

As of early July, 58 workers had their security clearances revoked as a part of the Pentagon's new monitoring system, according to the Associated Press. Officials did not respond to requests for an update.