Editor's Note: This article by Amy Bushatz originally appeared on Military.com, the premier source of information for the military and … Continued 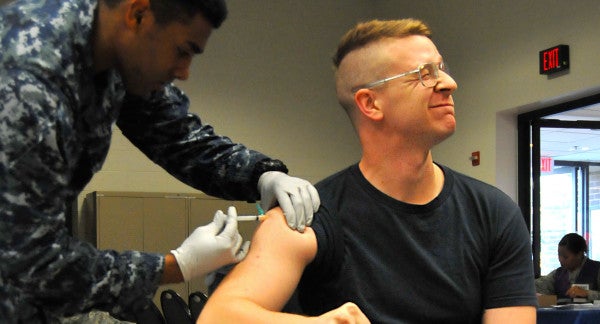 Many current Tricare users will likely see higher out of pocket fees for care starting in January due to a new plan announced Thursday.

Tricare for Life and Tricare Prime elderly and active-duty users are not impacted by the change.

Tricare for Life and Tricare Prime users are not impacted by the change.

Currently, both active-duty and retiree Tricare Standard users, as well as Tricare Reserve Select and Tricare Retired Reserve users pay deductibles based on a “percentage of allowable amount” system. The amounts differ widely and are based on several factors, including provider location and type of care. Those fees are paid annually until a user hits his or her “catastrophic cap.”

The new system, which also combines the Tricare Standard and Extra plans into program known as “Tricare Select,” will instead shift those users to a flat point-of-service fee that will count towards the deductible and annual caps. Those caps are $1,000 for active-duty and Tricare Reserve Select users and $3,000 for all others.

Additionally, some primary and specialty care will be considered “high value” and carry its own set of lower flat fees. Tricare officials offered no additional information on what that care is or when that fee information will be released.

Although some preventative care, such as cancer screenings and vaccines, is currently free to those users, Tricare officials said they'll be adding to the list of free care. No information was readily available on what the newly free care is.

The fee amounts were chosen based on cost averages from across the Tricare system, officials said. That means that while some users will likely spend less at some providers, many will likely be spending more.

Troops who enter the service after Jan. 1 will see an entirely different — and in many cases, lower — set of fees based on the same flat-fee concept. Those costs were set by law in 2016.

New active-duty Select users will pay $15 for in-network primary care and $25 for specialty care, while future retirees who enter the service are currently scheduled to pay $25 and $40 respectively for primary and specialty care.

The change to a flat fee, Tricare officials said, gives users more clarity on the cost of a visit before it's time to pay the bill. Rather than fluctuating fees based on geography and provider, users will know what to expect before going to the appointment.

“We wanted to go to a fixed cost share,” said Navy Adm. Raquel Bono, who heads the Defense Health Agency, which manages Tricare. “We felt that was something more predictable and more patient friendly, and we also felt it was an easier construct.”

But military family advocates found the change both surprising and concerning. While other Tricare changes that will hit Jan. 1 had been previously announced or ordered through legislation, this change came as a surprise.

They said they are worried that the new flat fees will bring a surprise cost increase for many users. A series of changes made by Congress in 2016 were specifically designed to protect current Tricare users through a “grandfather” clause. The new fees, they said, circumvent that protection.

“By doing this cost share to co-pay conversion for the grandfathered group, they have made it more complicated, and walked away from the idea that your plan will remain same,” said Karen Ruedisueli, a deputy director of government relations for the National Military Family Association (NMFA). “The fact is, some people will be paying more, which I think is against the whole concept of grandfathering.”