Traumatic brain injury is pervasive in both civilian and military populations. In fact, TBI in the civilian population is eight... 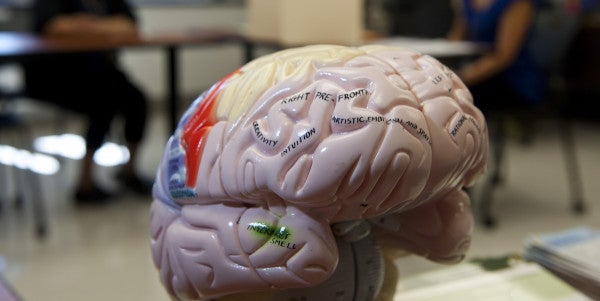 Traumatic brain injury is pervasive in both civilian and military populations. In fact, TBI in the civilian population is eight times as frequent as breast cancer, AIDS, spinal-cord injury, and multiple sclerosis combined. According to the Center for Deployment Psychology, an estimated 10–20% of all service members who served in operations Iraqi Freedom and Enduring Freedom sustained a TBI, with most being concussions, or mild TBIs — mild TBIs are also sometimes called concussions. As such, TBI is a “hot topic” in the military community. However, TBI and its causes, symptoms, and treatment are often misunderstood, and this misunderstanding can lead to a mistreatment of the individuals with TBI and a mishandling of the issues surrounding TBI. Several myths about TBI appear to contribute to this misunderstanding. Below, several such myths are addressed.

1. You cannot have a TBI without loss of consciousness.

Historically, there has been some disagreement about the need for loss of consciousness to be able to diagnose TBI. However, with recent advances in TBI assessment and treatment, both medical and mental health communities are moving in the same direction by acknowledging that TBIs can present differently, and that one does not have to lose consciousness in order to be diagnosed with a TBI.

2. My Kevlar will prevent the worst head injuries.

There have been many changes in modern warfare that are impacting today’s warfighter. For example, enemy tactics have changed, exposing service members to increased blast injuries, all of which can cause TBI during combat. However, there have also been advances in both personal body armor and armored combat vehicles as well as emergency medical care, resulting in service members surviving blasts and attacks that would have been fatal in previous wars. However, while the body is protected, the brain remains vulnerable, resulting in increasing TBI rates among this generation of veterans. For example, a Kevlar helmet might be able to prevent objects from penetrating the brain, but it is not always useful in preventing closed head wounds, such as concussions, which brings us to the next myth.

3. If there is no bleeding, you do not have to worry about having a TBI.

There are different types of traumatic brain injuries, particularly open (penetrating) and closed (blunt) head wounds. Open head wounds occur when the skull and the brain’s dura mater, or outermost protective membrane, is penetrated, perhaps by a gunshot or missile. This type of head trauma will likely result in some visible, external bleeding, demonstrating outward signs of injury. Other complications of open head wounds include direct tissue damage, contusions, and axonal shearing, with secondary complications of anoxia (lack of oxygen), hemorrhaging (excessive bleeding), infection, and swelling.

However, simply because one cannot see external bleeding, does not mean there is no cranial bleeding or damage. The skull does not have to be penetrated in order for there to be significant damage to the brain. In fact, most head wounds are closed or blunt traumas. With closed head wounds, there is no skull compromise. Closed head wounds can result from bruising at the impact site, bruising opposite the impact site when the brain “bounces” to the other side of the skull, microscopic lesions, damaged fiber tracts, hemorrhaging, hematoma (internal bleeding that exerts pressure in the skull), edema (swelling which exerts pressure on brain tissue), and intracranial pressure. These brain injuries may not result in any external or visible bleeding, but will still result in some very serious damage to the brain, which can have a lasting and pervasive impact.

4. If the person looks fine after a blast or impact, then they are fine.

While a person could be fine after a blast, it is also possible for a person with a TBI to be walking, talking, and conscious after the blast or impact. As indicated above, the individual could have a closed head injury with no outward signs of damage. These injuries are often overlooked as the most severe and life-threatening injuries are addressed first after a blast. However, individuals with a concussion or mild TBI could still have internal damage with pervasive and lasting neurological and psychological issues. What is particularly important to consider is that symptoms of TBI are often so pervasive and subtle that the individual experiencing the symptoms may not even recognize them as symptoms of TBI. They may just feel like something is “off” or they are just different somehow after the blast.

5. Mild TBIs are not that debilitating.

TBIs, including mild TBIs, can have subtle, but long-lasting and pervasive consequences for neurological and psychological functioning. This means that a TBI can have cognitive and social consequences, ranging in severity. Some effects of the TBI can be coped with easier than others, which may continue to have a very real impact on the individual’s life for a long time. Physical symptoms of mild TBI include loss of consciousness, amnesia, headaches, nausea, vomiting, dizziness, balance problems, sensitivity to light or noise, changes in vision and hearing, fatigue, and sleep difficulties. Cognitive symptoms of mild TBI include confusion, forgetting, poor concentration, changes in speech, slowed thinking and behavior, poor organization, lack of awareness, problems with information processing speed, and efficiency. Emotional and behavioral symptoms of mild TBI include personality changes, mood swings, apathy, little motivation, irritability, aggression, agitation, impulsivity, dependency, passivity, loss of sensitivity and concern, anxiety, and depression. Furthermore, symptoms can interact with and exacerbate one another. For example, sleep deficits impact concentration and increase irritability.

6. If a TBI does not show up in brain imaging, then it does not exist.

Neuroimaging can be helpful, particularly with moderate or severe cases of TBI. However, in the majority of mild TBI cases, neuroimaging is not able to detect structural differences. As such, structural scans, such as MRI and CT scans, often appear “normal.” This sometimes happens when slight structural differences, such as axonal shearing, are too subtle to detect in these scans. However, a TBI may still result in functional changes to the brain. That is to say, an injury does not have to make large, visible changes to the brain’s structure to result in functional changes in how the brain operates.

Some neuroimaging scans are better than others at detecting differences in function of the brain. Functional imaging — such as functional MRIs and PET scans — has been demonstrated to show the effects of concussion and mild TBI, however, it appears to be most often used within a research context, and not within the clinical settings. More typically, neuropsychological testing is used in clinical practice to document the functional impact of these types of injuries and develop treatment recommendations.

7. Recovery from TBI is a straightforward, quick process.

While most individuals with a concussion or mild TBI achieve full recovery within a couple of days to a month, there are individual differences in recovery rates and trajectories. These individual differences vary based on the injury itself, the co-occurrence of other physical injuries or mental health conditions (such as post-traumatic stress disorder), and how the individual responds following the injury. Recovery focuses on the symptoms of TBI that can be treated and managed using an interdisciplinary approach tailored to the individual. Recovery is more variable for individuals with a moderate or severe TBI, however, most improvement occurs within one to two years, facilitated through more intensive treatment and rehabilitation. In sum, recovery trajectories for TBI vary from individual to individual. For many, recovery can be an ongoing process characterized by setbacks and frustrations.

PTSD and TBI have a lot of overlapping symptoms, and frequently co-occur with one another. This is likely because blasts and other incidents that result in TBI are frequently traumatic in nature. It is often difficult to tease apart the two diagnoses and symptoms that are caused by physical damage due to the blast itself, psychological distress due to the trauma of the blast, or both. However, there are distinctive symptoms that can help confirm if an individual has either or both diagnoses.

Symptoms that are common of both TBI and PTSD include sleep difficulties, fatigue, irritability, anger, aggression, thinking and memory difficulties, changes in personality, mood swings, hypersensitivity to noise, and withdrawal from school, work, and family activities. Symptoms distinct to PTSD include avoidance, intrusive memories, hypervigilance, physiological arousal, increase startle response, flashbacks, and nightmares. Symptoms distinct to mild TBI include headaches, dizziness, vertigo, reduced alcohol tolerance, and sensitivity to light. TBI and PTSD have similar neurobiological foundations, and their symptoms have been found to be mutually exacerbating. As such, distinguishing one from the other and providing an accurate diagnosis and helpful treatment plan is sometimes challenging, however, the two diagnoses are, in fact, distinct from one another.

9. Neuropsychological testing will not be that helpful for someone who has a TBI.

Neuropsychological testing can provide individuals with information about changes in their cognitive functioning, their strengths and weakness, and information about strategies to help offset their weaknesses. It can also provide extremely valuable information to assist recovery from a TBI, including measuring intelligence, attention, memory, language, processing speed, visuospatial skills, and executive functioning. However, it is usually best to wait to complete a full, comprehensive assessment until recovery has tapered off and improvements are stabilized to get the most accurate picture of post-injury functioning.

10. Individuals with TBI can no longer work, or would at least require lots of expensive accommodations.

Individuals with TBI can still work and be effective employees in a wide variety of different jobs, including military jobs. Work accommodations are often in the best interest of both the employee and employer. Accommodations are often simple to emplace, and do not cost much time or effort on the part of the employer. For example, an employee might dim the lights, use larger fonts, remove distractions, take regular breaks, implement organizational skills, or take notes in meetings, among many other potentially helpful changes. In fact, many of these accommodations are tools utilized by many employees without a TBI to optimize their work performance in the same way.

In conclusion, there are many misconceptions about traumatic brain injury that contribute to misunderstanding of both the injury and individuals with the injury. Becoming aware of these myths may help friends and employers to better understand what is going on for someone who experienced a TBI.

CORRECTION: In an earlier version of this article, the editor incorrectly attributed the statistic about service members who sustained a TBI in operations Iraqi Freedom and Enduring Freedom to Bryan Kolb. (6/9/2015; 8:45 am)