Have you ever heard of the three-day “Military Diet”? It’s essentially a 72-hour fast-diet that’s supposed to kick your metabolism... 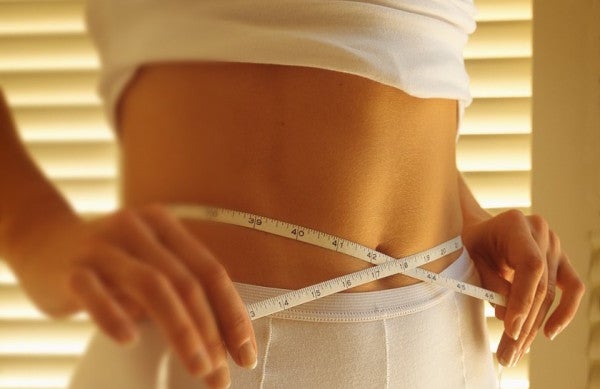 Have you ever heard of the three-day “Military Diet”? It’s essentially a 72-hour fast-diet that’s supposed to kick your metabolism into high gear and help you drop 10 pounds in just seven days.

This nine-meal diet consists of simple items you can find at any grocery store. Unrelated to any actual military history, I can only assume this fad diet gets its name from the fact that it’s incredibly regimented. For this diet to be effective, in addition to the three days of fast-dieting, for the following four days, you are supposed to consume less than 1500 calories a day.

In reviewing this diet, Skinnybitch.com went so far as to say, “The three day military diet is short and it’s easy. Not to mention, very effective for quick weight loss.”

Does that sound too good to be true? Because it is.

Regardless, I decided to try it in the name of journalism, and I can now confirm that the military diet sucks.

I weighed myself Sunday, Sept. 11 and came in at 142 pounds, which at five feet, eight inches, puts my body mass index at 21.6 — essentially the median for my height. In addition, I try to run three to four times a week, and on Sundays I play 60 minutes of soccer, which falls under the classification of living a “moderately active” lifestyle.

I woke up, showered, and made my grocery list. Being that I live in New York City, I usually grab a salad or sandwich and an iced coffee around the Task & Purpose office for lunch. But today, I walked into Whole Foods and bought all the items I would need for the diet.

Meal 1 consisted of 1 cup of black coffee, 2 tablespoons of peanut butter, 1 slice of whole wheat toast, and half of a grapefruit.

Meal 2 was 1 can of tuna, 1 piece of bread, and another cup of coffee.

Meal 3, the largest meal of the day, involved 1 cup of green beans, 1 small apple, and 4 ounces of a meat of your choosing, which for me was a turkey burger. The prescribed diet also allows you to eat a cup of vanilla ice cream, but I rarely eat that normally and decided to forego it.

And now is the point in the day where I get really hangry thanks to the #militarydiet pic.twitter.com/GMlwM5XYjD

I was incredibly hungry … or I guess hangry … at the end of the day, and I did come away with several early impressions. First, I never knew this before, but I actually hate black coffee. Second, grapefruit is terrible if you can’t sprinkle sugar on top. Third, plain, canned tuna fish is dry and actually tastes like sadness. Four, I really just wanted to eat a taco.

I packed up all the components for the day, which ended up being about 6 Ziploc bags of different foods.

Meal 4 was half a banana, 1 hard-boiled egg, and a slice of bread.

Meal 5 consisted of 5 saltines, another hard-boiled egg, and 1 cup of cottage cheese. However, the brand of cottage cheese I chose was non-fat and organic and essentially tasted like feet, so I couldn’t force myself to finish more than a few bites.

Meal 6 was a colorful plate including 2 hotdogs, a half a cup of carrots, 1 cup of broccoli, and half a banana. Ice cream was optional again, but I chose to go without dessert.

Between lunch and dinner, I got so hungry that my fingers started to get tingly and I felt lightheaded. It was probably because I chose not to finish the foot-flavored cottage cheese and had to walk a mile between the Task & Purpose office and New York University for class. After dinner, I was incredibly happy that the diet was two-thirds done.

By day three I woke up somehow hungry and with heartburn, but I packed my lunch and headed to the office anyway.

Meal 7 was made up of 5 pieces of cheese, 5 saltines, and a banana. The banana was supposed to be an apple, but the apple I purchased rotted overnight.

Meal 8 consisted of just a piece of bread with an egg.

Meal 9, the last meal, was 1 can of tuna fish and half a banana.

As I walked home from work, between lunch and dinner the heartburn I woke up with basically had me doubling over. But I went home, and ate the last can of tuna that I plan to eat for the rest of my life, finished off the banana, and went to sleep.

For the next four days, I ate fairly meager portions. The heartburn lingered into the weekend, and I wasn’t able to eat much because I didn’t have an appetite. And perhaps that meant the diet was actually working, but I don’t know for sure.

On my final weigh-in Sunday Sept. 18, I had dropped six pounds to 136. My jeans even required a belt by Friday. But it wasn’t the full ten pounds that the diet promised, and whether or not those six pounds will stay off has yet to be seen.

According to my sister, who studied human nutrition, the prescribed food list actually constitutes a well-balanced diet. However, without long-term dietary adjustments and exercise, it’s likely that my weight will return to normal.

All in all, while I lost weight, this type of diet didn’t work for me. I’m a grazer, and the hunger I had in-between meals had me thinking about food for hours at a time. Because I couldn’t satiate myself with snacks like carrots or a handful of crackers, I wanted to overeat at meals — except I couldn’t because that wasn’t part of the diet.

Plus, I seriously loathe canned tuna now, and I wouldn’t wish that terrible dry excuse for a meal on anyone.