Joining the military isn’t easy. Remember the days when you got off the bus (and I’m speaking from the enlisted... 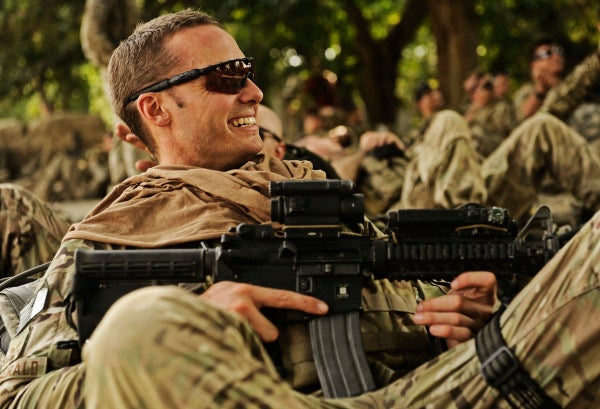 Joining the military isn’t easy. Remember the days when you got off the bus (and I’m speaking from the enlisted perspective here) and walked into a swarm of yells and screams from big scary men and women? Worst of all, everything you did and everything you said was wrong. But it took courage, a fierce resolve, and the self-confidence to face the unknown.

Related: Smart questions you should be asking during any job interview.

And you know what? Entering the private sector is no different. Transitioning out of the military is about as smooth as entering into it in the first place because of the culture, acumen, and tradition that have been ingrained in you since day one.

Getting your foot in the door with a great company is a big deal, and you want to do your best to keep wedging it in and opening up that door even more. What you don’t want to do is give an interviewer any reason to say “no,” especially if they believe that you aren’t a cultural fit. So here are nine sayings to avoid while testing the waters of a new career.

Nobody knows what this means. Even worse, if your interviewer’s name actually is Roger then he’ll probably be waiting for you to explain what “that” is that you were referring to. Instead of “roger that,” a simple “yes” will suffice.

While camaraderie and positive energy are good, leave the “hooah’s” at home. If you want to display enthusiasm, do so in a language that others can understand and that don’t sound like an involuntary grunt.

They’re not targets, they’re projects. Here’s a lesson from yours truly, so you don’t make the same mistake I did: Apparently, hearing the word “target” come out of a Navy SEAL’s mouth paints a completely different picture than the connotation I was implying (I believe my question at the time was, “what sort of people do you target for new hires?”).

Additionally, I was referencing past experience so naturally “targets” were things I executed (see below), but what I really should’ve said was projects.Target means target, and target out of a SEAL’s mouth means “dead bad guy.” Projects is more universal, less threatening, and something with which others can relate.

Along similar lines, hearing a service member say “execute” offers a completely different connotation than what is typically implied. Instead, substitute “execute” for “realize” or “carry out” because otherwise, you just come across as a blood-thirsty service member who — apparently — “executed” a lot during your military career.

Spell them out. Not just what an acronym means, but what it is and why it’s important. Assume that your interviewer has zero military acumen and you need to explain to him or her what an SOP (standard operating procedure) means. Yes, it’s that basic.

Business folk apparently do not relieve themselves over holes in the ground, Gatorade bottles, or PVC piping that leads into a pit of disgust — because that’s what latrine connotes. Bathroom or restroom works fine.

While you may be right, competition is the more popular term.

Maybe the worst of the acronyms you should already be avoiding, nothing good ever comes from FUBAR (fucked up beyond all recognition) — whether it comes out of your mouth or somebody else’s.

From the outside (read civilian) world, everybody in the military is a sergeant, lieutenant, or general. Be sure to offer the context behind what a sergeant is and more so, what his or her expectations were of you and how you fulfilled them. Also, try “supervisor” instead.

Remember, at the end of the day you want to speak to four things — the situation, the challenge, efforts applied, and results achieved because of your efforts — in a language commonly shared. It’s not easy turning the military mindset switch to “off,” which is why perfect practice makes perfect.