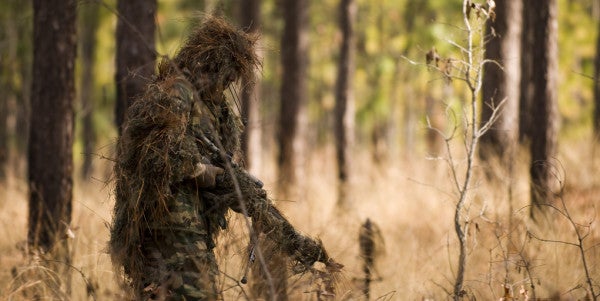 Whether you’re battling the crashing waves on Coronado Beach, slogging out mile after mile in the sugar sands of Fort Bragg, or trudging your way up and down the deceptively steep Appalachian Mountains, attending selection for one of America’s elite special operations force units is a gauntlet of physical and mental endurance.

The fitness demands exceed what you could have hoped to train for. You face each day not knowing which of your professional (and personal) talents you’ll be called upon to validate. Your career ambitions, and often your life’s goal, rest on the assessment of special operators who have forgotten more about combat than you’ll ever know.

But if you make it through, if they accept you, you’re set. You’re on the team! You can go no higher. And can brag for the rest of your life about how you were “one of them,” earning instant respect in any circle.

Selection is full of people who think that making the roster is the hardest step, when in fact, it’s the very, very beginning. The intense specialty training that follows, then the operational tempo that today’s target-rich environment demands, makes selection look like a vacation.

Every day is a test to stay in special operations forces, to improve skills that were perfected years ago, to maintain fitness for any fight in any environment, to envision solutions for unknown tactical challenges to come. SOF units rest their success on the tenet that one must continually verify the skills required to win.

Operators have a phrase that endures their tenure: “Selection never stops.”

So, “because life will be a lot easier” is not a good reason to try out for SOF. And in an effort to stir a little introspection for those interested in taking the walk, here are a few other reasons that should not be driving factors in one’s quest to join the ranks of the elite:

1. To validate your personal or professional worth.

This reason is very common, yet no one will admit it. Lots of folks apply for SOF because they need it to justify their military service. The mindset is usually phrased like this, “I just have to go and find out if I have what it takes.” People with this mindset aren’t happy in their current professional (sometimes personal) situation and need acceptance from the toughest units in the military to fill the void. It won’t work. A military unit can’t validate a man or give him purpose.

2. To see if you can physically handle it.

People with this notion are shortsighted and won’t last. Physical fitness is just the starting point of a life in SOF. It’s the very first gate you must survive, not the last. Mental agility, creativity, and intellectual fortitude make up so much more of an operator’s life than fitness.

Running away from the conventional force is a prime motivator for joining SOF. Folks think that life is just so much better over there, that there are no unit problems or bureaucratic nonsense. Again, shortsighted. People are people. Every organization has good ones and not-so-good ones. Drama and people problems are an unavoidable facts of leadership environments. SOF is no different.

Similarly, some self-absorbed people think that conventional soldiers/sailors aren’t worth their effort to lead, that they’re substandard service members. They don’t appreciate what an awesome opportunity it is to lead service members, no matter the unit. Then when these people fail selection, they let their resentful attitude hamper their performance, short changing their unit and themselves.

5. You’re tired of playing by the rules or wearing a uniform.

Younger officers and NCOs often get enamored with the idea of having increased responsibility, less oversight, and fewer conventional restrictions. They want to be in the “cool guy club.” I can assure you that an ardent desire to grow a beard has never been sufficient, or even helpful, in passing SOF selection. A currently serving operator I know confirmed, “Yes, we wear uniforms, go to mandatory annual training, and take DA photos. We’re still part of the service.”

6. You think you will get more time at home.

Four-month deployments sound nice, but the reality is that SOF units have been deploying four months on, four off (or more) for 13 years straight, and to more theaters. And they will continue to deploy long after the conventional forces leave country. Operators don’t get more time at home because when they’re not deployed, they’re training. People associate “big boy rules” with free time. Not the case in SOF.

7. You think you’ll be an instant special operator if you pass selection.

Refer to the above point that selection never stops. You never “arrive” in SOF, you only strive to grow to a higher level of lethality. Just like basic training, selection is designed to see if candidates have the foundational skills to potentially handle the rigors of life on the other side. There’s no guarantee that anyone will pass the training that follows selection, and frankly, SOF units have such a faithful adherence to the standard that they’d rather fail everybody than put an unqualified operator on the teams.

Good for the person who can get through selection and training motivated by career advancement. It doesn’t happen often. The facts are that the promotion rates are very similar to conventional units and there are far fewer command opportunities in SOF than elsewhere. To command in SOF, you have to be the most lethal, agile, reliable, and consistent leader in a pool of similarly talented peers. It’s no picnic. And it’s no reason to take the walk.

9. As my good friend in Army SOF said, “Going to SOF doesn’t make you a hero.”

You have to earn everything. And when you do valorous things in SOF units, it’s commonplace. Humility is pervasive there, which starves egos looking for attention. The “quiet professionals” attitude is alive and well, so don’t think that joining SOF will get you free beers for the rest of your life.

There’s really only one reason to apply for SOF, and one that the evaluators are specifically screening for. Selfless service. It looks like this,

“I’ve gained some skill sets in my short career. I want to offer them in units that have the highest impact for my nation. I don’t know if they’re what SOF is looking for, but I’m willing to push myself past exhaustion to make them available.“

To get in the right mindset, you should become stoically dispassionate about your endeavor to join the SOF ranks. Accept that SOF units are looking for a very narrow bandwidth of talent and that although you meet all the qualifications, you might not be the right person for the job. That doesn’t make you less of a leader or a failure. It just means that your skill sets aren’t specifically tailored for success in SOF.

And here’s the reality: If you aren’t up to their standard, you don’t want to be there. What’s worse than not passing selection is making it through only to find out that you never really had the requisite skills, and consequently put people at risk. Not cool.