‘On my birthday, there are always moments of silence’ — Kids born on 9/11 reflect on their 18th birthday 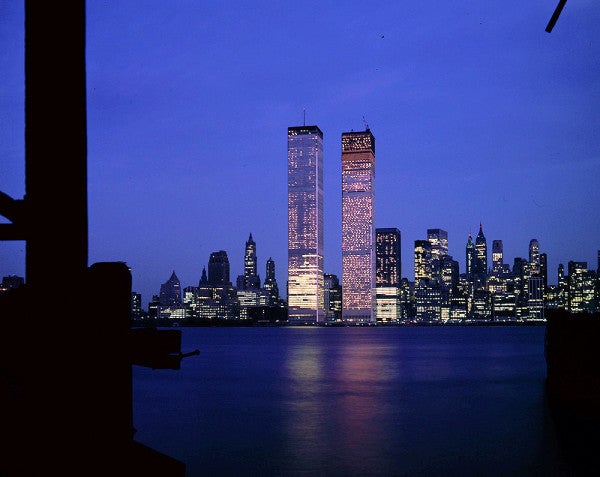 JACKSONVILLE — They came into the world on 9/11.

On the same day that nearly 3,000 people died in attacks, 13,238 babies were born, including dozens in North Florida — and two at Baptist Medical Center who became friends, bonded by their church and birthday.

They don't remember 9/11. Yet they are reminded of it constantly. Every time they are asked to give their birthdate at a doctor's office or somewhere else, it leads to a reaction of almost disbelief: “You were born on Sept. 11?”

“When people hear that, they imagine that you can't be born on a day that bad,” Lizzie Robinson said. “But even on such terrible days, even though it seems like everything stops, the world keeps going.”

The mothers know this as well as anyone.

Nancy Robinson remembers driving across the Mathews Bridge that morning to a prenatal appointment downtown. She turned on NPR and heard reports of a plane hitting one of the Twin Towers.

After the appointment, she picked up her two girls, then 10 and 7, at J. Allen Axson Montessori School and returned home. They didn't have cable TV. So they went next door and, as the kids played, the adults watched the news in shock.

At some point that afternoon, Robinson, a nurse midwife by training who teaches at Jacksonville University, said: “I think I'm in labor.”

Her husband, Paul, got everyone into the car and they drove back downtown to Baptist.

“I really didn't want her to have that birthday,” Nancy Robinson said. “I said, 'We'll just wait until midnight.' There was no waiting. She came. …. It was a great birth. In a very wonderful way, it was boring. Lizzie was healthy and precious and beautiful.”

Lizzie wasn't alone. The midwife who helped deliver her already had delivered three other babies that day.

Kim Ross, who works for State Farm now, was a stay-at-home mom at the time. She remembers getting her young son up for breakfast, turning on their satellite TV — which came with the New York network affiliates — and watching the news unfold, feeling the stress turn into something else. Contractions.

She and her husband, Darren, headed to the hospital. While in labor, she watched the news, the footage of the planes hitting the buildings again and again. She also watched the medical personnel doing their jobs, helping her bring new life into this world. And she thought: “How do we navigate this day?”

At 9:24 p.m. — less than 12 hours after the towers collapsed and a plane crashed into a Pennsylvania field — Victoria Ross was born.

“It was a feeling of 'Thank God we have something that shows us joy on such a horrible day,'” she said. “I remember in the days following that was something we clung to. We don't know what was coming next. Our sailors are going out and we don't know when they're coming back. But we have these babies. We have to continue to find joy for them.”

Victoria and Lizzie grew up together at Hodges Boulevard Presbyterian Church. They went on mission trips to Puerto Rico and Appalachia. They shared the bond of having that birthdate.

“Over the years, my perspective has changed,” Victoria said.

At first, when they were too young, the birthdate didn't mean much of anything. Then there was a time when maybe they could relate to reaction that some peers had — how it was sad that they had to celebrate every birthday on 9/11.

But at some point, that spun in another direction. They have a connection to Sept. 11 that wouldn't be the same if they had been born Sept. 10 or Sept. 12 — a connection that is stronger than what many of their peers have.

“On my birthday, there are always moments of silence,” Lizzie said.

She and Victoria don't just accept this. They appreciate it. They appreciate how their birthday involves something bigger than themselves, how it's a day that mixes family celebrations with national remembrances.

“I've learned a lot about that day,” Victoria said. “I'm connected to it. I'll never forget what happened.”

Victoria now is a senior at Atlantic Coast High, hoping to become a marine biologist. Lizzie is a senior at Douglas Anderson School of the Arts, focusing on technical theater.

So much has changed in the last 18 years. One thing hasn't. Their mothers talk about how their presence affects those around them.

“There's something about those two girls,” Kim Ross said. “They really know how to bring joy.”