With data continuing to roll in that underscores the health benefits of cannabis, two Florida legislators aren't waiting for clarity in the national policy debates and are sponsoring bills designed to give medical marijuana cards to military veterans free of charge. 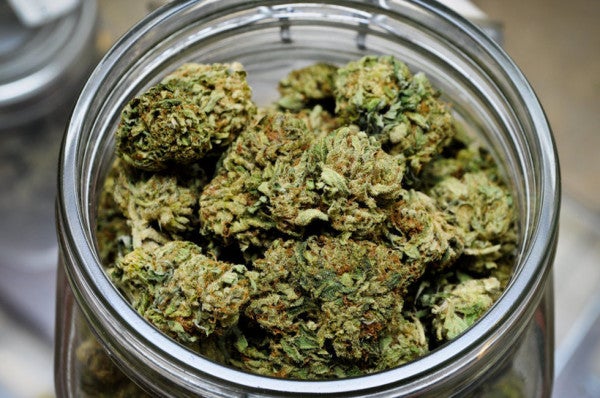 SARASOTA, Fla. — With data continuing to roll in that underscores the health benefits of cannabis, two Florida legislators aren't waiting for clarity in the national policy debates and are sponsoring bills designed to give medical marijuana cards to military veterans free of charge.

Last week, the Journal of Psychopharmacology added yet another study to the growing body of evidence pointing to the linkage between marijuana use and the alleviation of post-traumatic stress disorder. In a cross-section survey of Canadians, the authors reported depressive episodes and suicidal ideation was not a factor among cannabis users; consequently, they cited “an emerging need for high-quality experimental investigation” of cannabis in treating PTSD.

At virtually the same time that study published, state Sen. Janet Cruz, D-Tampa, and state Rep. Adam Hattersley, D-Riverview, introduced companion measures to waive the $75 state registration fee for veterans, who are committing suicide more than 20 times a day, according to the Department of Veterans Affairs. Hattersley is an Iraq War veteran who earned a Bronze Star in the Navy. The bills will be considered in the 2020 session.

Still, the national war on marijuana continues at what appears to be an accelerating pace, according to FBI statistics released in October.

The Bureau's Uniform Crime Report indicates law enforcement made 663,367 arrests in 2018, marking the third consecutive year that marijuana-related arrests have risen, and 90% of those arrests were for simple possession. The 2018 figures are also roughly 21% higher than the number arrests for violent crimes.

A major marijuana mishap created a splash of national headlines in New York City on Nov. 2, when Brooklyn police arrested licensed CBD dealer Ronen Levy and confiscated 106 pounds of legal hemp. Hemp has minimal traces of psychoactive THC, but it looks and smells like regular cannabis and is used for medicinal and industrial purposes.

According to a Gallup Poll released last month, 66% of Americans — a super-majority — support marijuana legalization. But this week, rock legend Neil Young announced that his hopes of officially joining the American family have been stymied by U.S. Citizenship and Immigration Services policy.

A resident of California for decades, the Canadian-born “Godfather of Grunge” and longtime cannabis consumer said his application had been stalled, citing agency language stating “an applicant who is involved in certain marijuana-related activities may lack good moral character if found to have violated federal law, even if such activity has been decriminalized under applicable state laws.”

The new bills proposed by Hattersley and Cruz apparently ignore the USCIS's definition of good moral character in deference to Florida's 1.5 million veterans.

“After seeing the response on social media to the legislation,” Cruz stated in an email to the Herald-Tribune, “I believe it is met with broad bipartisan support among our constituents. I am hopeful that my colleagues will come to understand that this could be used as an alternative treatment to opioids currently being used for chronic pain management.

“Senate Bill 98 is for service-disabled veterans, those who certainly need chronic pain treatment and access to alternative treatment options.”

Should the proposal become law, it could set a national precedent, according to the nonprofit Americans for Safe Access.

“Some states do not include a cost for the medical cannabis card at all (NM),” writes Interim ASA Director Debbie Churgai. “IL offers veterans a discounted cost, OR offers a veteran discount that reduces the fee to $20, and there are a few other states that offer need-based discounts.

“So it is possible FL may be the first to charge a registration fee but offer a free application to vets.”