Commissaries and exchange stores on Guam have been ordered to stop selling tobacco products — including electronic cigarettes — to... 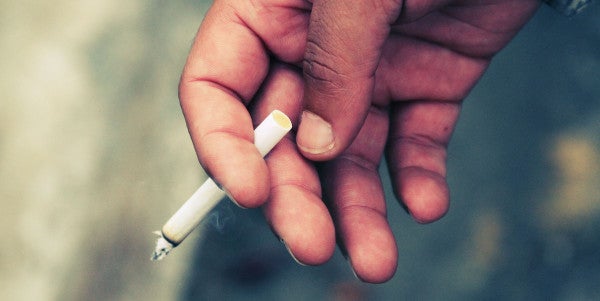 Commissaries and exchange stores on Guam have been ordered to stop selling tobacco products — including electronic cigarettes — to personnel under age 21 because of a new law that took effect Monday on the U.S. island territory.

The order, which was relayed Tuesday in a message from Secretary of the Navy Richard Spencer, says the restriction applies to all Joint Region Marianas facilities, including Andersen Air Force Base and Naval Base Guam. Before the new year, the minimum age for purchasing tobacco on the island was 18.

“Although state laws generally do not regulate federal activities, as a matter of policy, all military and civilian personnel, dependents, family members, residents, and guests on Joint Region Marianas installations and facilities … shall comply with the revised age limitations associated with the purchase, possession, use, and distribution prohibitions of Guam’s new tobacco law,” he wrote in the message.

Temporary workers and servicemembers passing through must also abide by the restriction; however, it does not apply to Navy vessels and areas that are exclusively under federal control.

Anyone who does not follow the territory’s new regulation or who tries to purchase tobacco products using fake identification off-base will be subject to civil penalties, according to the new law, which was cited in the Navy message. Fines range from $1,000 to $10,000 for those caught selling or distributing tobacco products to someone younger than 21.

The Navy message said Joint Region Marianas, its installations and tenant commands will promote compliance of the new law.

“Attention should be given to educating transient and temporarily assigned personnel, including visiting aircraft and ship crews,” it said.