A Hiring Manager’s Advice: Show Me You Are Exceptional

I’ve scoured through tons of resumes and interviewed thousands of job seekers, and picked up on common major mistakes candidates... 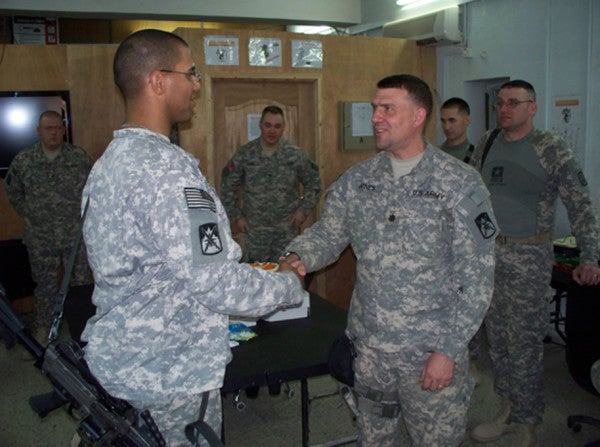 I’ve scoured through tons of resumes and interviewed thousands of job seekers, and picked up on common major mistakes candidates often make. If you’re a veteran transitioning from the military or considering a new career, I recommend avoiding the following mistakes in order to beat out the competition and win over your hiring manager.

Mistake: Listing “What You Are”

As an interviewer, I’m interested more in who you are than what you are. For example, if you were a platoon commander in the Marine Corps, don’t litter your resume with bullets like “Responsible for the morale, welfare, and proficiency of 50 infantry Marines” or “Responsible for the employment, accountability, and maintenance of $5 million worth of government property.” Responsibilities like this tell me you were a Marine officer and that’s it. These bullets don’t tell me the kind of Marine officer you were. Were you exceptional or do I assume you were mediocre? If a candidate’s resume doesn’t shout exceptional, his or her candidacy perishes into the ever-growing “No” pile.

Suggestion: Distinguish “Who You Are”

There are thousands of former platoon commanders and squad leaders out there, yet there is only one you, and it’s you I might hire. When crafting your resume, ask yourself this question: “How can I distinguish myself from my peers?”

Second, distinguish yourself by adding quotes from old performance reports to your resume. Third-party quotes add credibility to the candidate’s exceptional status. Here are some examples:

For scheduled interviews, bring documentation of these quotes to show the hiring manager that you are, indeed, an exceptional candidate.

When I see words like “committed,” “disciplined,” or “hard working” on a resume, I yawn at another boring wave of resume clichés.

If I read “Achieved maximum Physical Fitness Test scores every year in the Marine Corps,” then I assume the candidate is committed, disciplined, and hard working. In short, don’t tell me you’re “disciplined,” show me.

I also recommend including volunteer work or exceptional actions outside of work (e.g., “Volunteer every Monday night at the Los Angeles women’s shelter”) — as it shows me more about your character.

As a rule, begin your resume bullets with power verbs like these to describe the accomplishments that set you apart:

I’ve received resumes as long as 14 pages. I know, insane. Guess how long is too long? If you said over two pages, you’re correct! Two pages is acceptable (though I prefer one) if the second page is strictly your education, volunteer work, awards, and/or publications.

Multiple-page resumes are often saturated with responsibility-oriented bullets that might sound impressive, but don’t prove you actually fulfilled those responsibilities in an exceptional way.

As for LinkedIn, I encourage even more brevity than your resume. For previous jobs, just your title and a hyperlink to that company is enough. A very short description (sentence or two) of your role is fine as well — and don’t forget the dates! If I want to look deeper into your accomplishments, I’ll “InMail” you and ask for your resume. On LinkedIn, it’s also a good idea to include your education, previous jobs, publications, and organizations, including any pertinent links.

Hiring managers love reading the meat and potatoes of your accomplishments in a crisp single page. Two or three lines describing your last three jobs or military billets are plenty.

Instead of long-winded narratives about your deployments, save space, and mention your distinguishing actions during those deployments — like missions you were “hand picked” for or actions you were “recognized” for.

If during the interview, a candidate speaks with confidence and clarity, I immediately assess his non-verbal communication. For example, I’ll ask myself questions like this:

Appearance and attitude are everything. All that you say and all that you do is a communication of who you are.

Suggestion: Don’t tell me, show me

During the interview, don’t tell me you have “attention to detail” after I see scuffed shoes (and please, don’t wear your shiny military Corfams to the interview!) Additionally, don’t tell me you’re “disciplined” and arrive late. Don’t tell me you’re “always prepared” and remain clueless about the company’s mission and history. Because your actions will always speak louder than your words, I suggest you invest in an interview suit and have it professionally tailored, and then learn to tie a double Windsor knot, set two alarm clocks on interview day, and always read the CEO’s book. Through your actions, you can show the hiring manager you’re an exceptional candidate.

The industrial revolution is long gone and companies no longer desire human cogs to run their machines. The era of “spots to fill” is over. Companies want cerebral men and women of action; that is, exceptional self-starters and thinkers who get things done. As a result, show those companies who you are through your sharp accomplishment-oriented resume and professional verbal and non-verbal communication. In doing so, you’ll separate yourself from the pack.