Medal Of Honor Recipient’s Remains To Be Returned Home, Laid To Rest

A decades-long search by the family of Marine 1st Lt. Alexander “Sandy” Bonnyman Jr. to find his remains has finally... 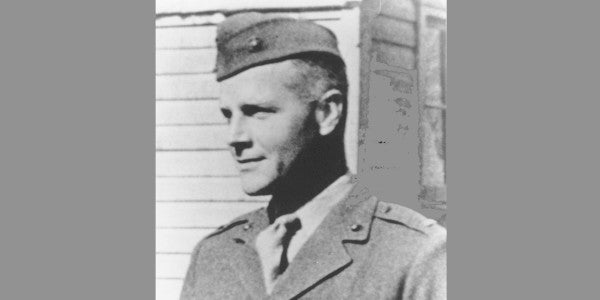 A decades-long search by the family of Marine 1st Lt. Alexander “Sandy” Bonnyman Jr. to find his remains has finally come to an end. Bonnyman was killed in action Nov. 22, 1943, during the Battle of Tarawa, as part of the Pacific campaign of World War II. He posthumously received the Medal of Honor for his actions that day. Bonnyman’s remains were uncovered last month on the island of Betio in the Pacific along with those of 35 other Marines. They were discovered by a Florida nonprofit archaeological team from History Flight, the culmination of a 10-year effort to find and recover the remains of missing U.S. service members.

“It feels great,” said Clay Bonnyman Evans, who was on Betio the day his grandfather’s remains were uncovered. “My great-grandparents really worked hard to get his remains back. They wrote letters, and they just sort of got every story in the book from the military; they thought they would never have his remains.”

Bonnyman’s remains will be buried on the family plot in Knoxville, Tennessee, in September, next to the family members who never gave up the search for him.