A top Pentagon official believes the U.S. military is moving closer to a new way of doing business that would... 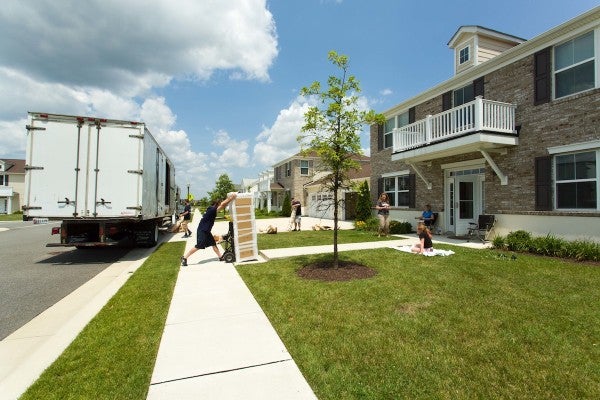 A top Pentagon official believes the U.S. military is moving closer to a new way of doing business that would allow troops and families to stay at installations like Fort Bragg for longer periods of time.

Robert Wilkie, who was sworn in as undersecretary of defense for personnel and readiness in late November, said he believes the military’s current way of doing business is outdated and detrimental to families and the retention of troops.

He was critical of both the constant movement that has become a trademark of military families and the “up or out” career trajectories of the services, which he said needlessly boots troops who can still contribute to the nation’s warfighting efforts.

“We have an industrial age system,” Wilkie said. “But we are living in a new age.”

The potential changes would be part of a larger cultural shift for the military. Nothing is set in stone, he added. But the possible changes are more than idle chatter.

Currently, Wilkie said, a service member is sent to a new assignment every few years. For family members, that means finding a new school, adjusting to a new community and finding new careers.

He said the constant moves limit the careers of many military spouses, cause unnecessary stress for families and are a “tremendous strain” on the Department of Defense budget.

“It was built at a time when less than 10 percent of the military had families,” Wilkie said. “Today, 70 percent have families.”

Wilkie, a Fayetteville native whose father was a Fort Bragg officer, spoke with The Fayetteville Observer on Wednesday while in town for the holidays. He said not every installation is large enough to host troops and their families for extended tours.

But installations like Fort Bragg are more than capable of providing a variety of opportunities without dragging a military family across the country every two or so years, he said.

“There are enough places,” Wilkie said. “We’re certainly looking into it.”

Wilkie said the military also is taking a closer look at the support it provides families through childcare, health care and other programs, recognizing that support plays a key role in a service member's decision to continue serving.

Decades ago, the military did not always make such considerations because “there were always tens of thousands of people being pushed up into the system,” Wilkie said.

But in an all-volunteer force, the military no longer has that luxury.

For the same reason, Wilkie said, the military must rethink its “up or out” policy with promotions.

Under the current system, troops are pushed out of the military if they don’t constantly advance along their career path. But, Wilkie said, those troops can still make valuable contributions.

“Not everyone is on track to become vice chief of staff of the Army,” he said. “As long as you meet standards, you should be allowed to stay.”

Wilkie, who previously worked in the Department of Defense under secretaries Donald Rumsfeld and Robert Gates, said the Pentagon has come to the realization that it may need to change how the military operates in order to meet modern threats.

“We are living in a new age,” he said. “A lot of the old ways of doing things at the least have to be questioned.”

“These are big because they’re cultural changes,” Wilkie added, noting that the last large overhaul of military organization and career paths came in the 1980s. “But industrial age models don’t work.”

Wilkie, on the job for several weeks, is now one of the senior leaders within the Department of Defense. He has oversight over much of the U.S. military’s operations, including personnel, training, health care and compensation.

While reviewing DOD programs and policies, he said he was applying the “Mattis test,” named for Defense Secretary James Mattis.

“His goals are very clear,” Wilkie said. “As long as your program and policy contributes to the lethality of the force, he’ll support it.”

“The families have a much stronger vote today,” he said. “If the families aren’t happy, the soldier walks.”

The ongoing reviews also include an examination of dwell time – how much time troops spend deployed versus training for a deployment — and the military health care system. They are part of a renewed focus on the position of undersecretary of defense for personnel and readiness, Wilkie said. He is the first person to be confirmed for that position since 2015.

The past three undersecretaries have been in an acting role only. And, Wilkie said, the position has been largely ignored for several years, despite its role in everything from shipyards and aviation supply chains to troop pay. During that time, it’s been a “revolving door,” he said.

The job is daunting, Wilkie admitted. But he credited growing up near Fort Bragg as helping to prepare him for the position.

Fort Bragg is the nation’s largest military installation, home to one of the military’s largest hospitals, some of its most ready forces, key leaders and training centers.

“Growing up here is the best education,” he said. “There’s nothing like this, just on the size and the scope of the mission alone.”

Wilkie, who also serves in the Air Force Reserve, said he will no longer drill at Fort Bragg, where he most recently served as part of Joint Special Operations Command. Instead, he will join a unit closer to Washington.

But Wilkie said he will keep close ties to Fort Bragg, including an office on post, collocated with U.S. Army Forces Command. That will allow him and his family to spend more time in the Fayetteville area, he said. It also will put him alongside the command that is charged with preparing the Army’s forces for war.

While many in the Pentagon are focused on big dollar programs that lead to new ships and planes, Wilkie said the readiness of the military is one of the issues that keeps him up at night. He said new planes are worthless if there are no people to maintain or fly them.

“We are in the people business, not a machine business,” Wilkie said.

He said he would keep close tabs on readiness, but also provide a holistic view for Mattis. That holistic view is needed, he said, because even if the 82nd Airborne Division is ready to deploy at a moment’s notice, it can’t go anywhere if the Air Force doesn’t have enough planes or pilots.

“This role is invaluable in determining the ability of the force to respond to any part of the world,” Wilkie said.

Wilkie attended Reid Ross High School and Alexander Graham Junior High in Fayetteville. Before being nominated to his current position, he served as senior advisor to Sen. Thom Tillis, chairman of the Senate Armed Services Subcommittee on Personnel, and worked for the late Sen. Jesse Helms, former Senate Majority Leader Trent Lott and as senior director of the National Security Council under Condoleezza Rice.