Unable to locate any relatives, Brockton's police and fire departments will escort Marshall, a decorated veteran, to a government-sponsored burial on Thursday. 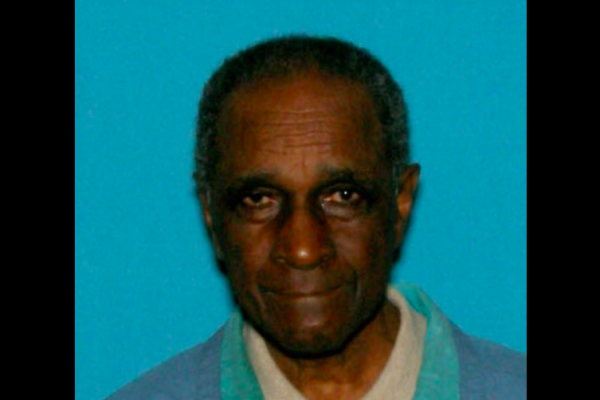 BROCKTON — A World War II veteran died alone in his apartment on Feb. 9, leaving first responders scrambling for clues as to who knew him and could give him a proper burial.

A month later, city officials are left with almost as little information about 94-year-old Nathaniel Marshall as they started with.

Unable to locate any of his relatives, Brockton's police and fire departments will escort Marshall, a decorated veteran who left behind only a faint paper trail, to a government-sponsored burial at the Massachusetts National Cemetery in Bourne on Thursday.

Sgt. Robert DiLiddo, one of three Brockton officers who found Marshall deceased in his home on Feb. 9, said the wake and funeral will be open to the public.

“Mr. Marshall lived alone and died alone. We want to make sure that he isn't buried alone,” DiLiddo said.

Thirty minutes of visitation will be held Thursday beginning promptly at 8:45 a.m. in the Conley Funeral Home at 138 Belmont Street, to be followed by a 10:30 a.m. funeral in Bourne, where many of Brockton's veterans are buried.

Enlisted in the Army after graduating high school in North Carolina, Marshall served in the Pacific and European theaters during World War II. His honorable discharge documents listed him as a clerical worker and “expert marksman,” a distinction he likely earned in a previous military role.

“I guess he was a good shot,” said David Farrell, the city's veterans services officer, who located Marshall's discharge documents during the Police Department's investigation into his death.

Those records offered no indication of where Marshall headed after his departure from the military.

“We don't know what brought him to Brockton,” Farrell said, adding that Marshall had never made contact with his office, which helps coordinate medical care and financial assistance for military veterans.

'The kindest, most giving person'

Marshall was found deceased in his apartment in the Hamilton Oaks high-rise on Feb. 9.

Inside, police officers found few clues into Marshall's past, except for his military uniform. Interviews with neighbors and the building's custodian could not point police to any living relatives.

“Everyone stated he was the kindest, most giving person they'd ever met,” said DiLiddo.

The Hamilton Oaks high-rise, located on the far reaches of Brockton's West Side, is home to many elderly residents, some of whom told police that Marshall regularly drove them to the grocery store, doctor's appointments and other obligations.

The only photograph of Marshall police could locate came from his driver's license.

“Ninety-four years old and he never had so much as a parking ticket,” DiLiddo said.

Marshall left behind a few hundred dollars – his life savings, according to DiLiddo – in an envelope for a friend he'd made in the building.

After a search that Brockton Police Chief Emanuel Gomes described as “mostly fruitless,” detectives learned that Marshall was born in Kimball, West Virginia, and worked for the U.S. Postal Service until his retirement. He survived his wife and left behind no children.

DiLiddo said the decision to host a funeral with special honors from the police and fire departments arose because Marshall's story resonated with Brockton's first responders, many of whom, including DiLiddo, are military veterans.

Mayor Robert Sullivan said he'd never seen the police and fire departments go to such lengths for the funeral of a man who was a stranger to them.

“They went beyond the scope of their employment for the City of Brockton,” Sullivan said. “It's a sad story, but it's also a wonderful story about honor and respect.”