It’s no surprise that the same decade that gave us disco, bell bottoms, the Watergate scandal, and Fat Albert also... 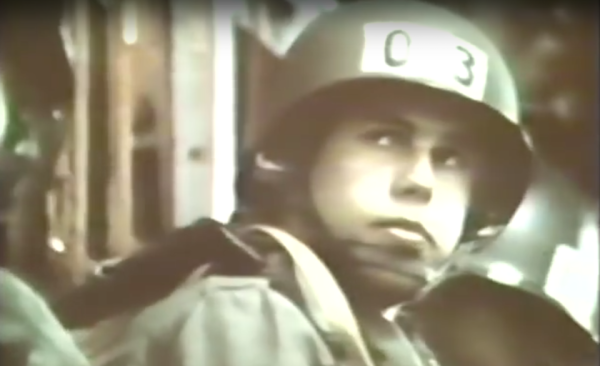 It’s no surprise that the same decade that gave us disco, bell bottoms, the Watergate scandal, and Fat Albert also gave us what is, hands down, the strangest U.S Army recruitment video ever.

While it’s not totally clear what’s going on here, it appears as if the Army was attempting to target the wayward youth of the 1970s by making a video that appealed to their appetite for psychedelics and pan flute.

“You’ll do it ’til you get it right,” the narrator commands at one point like a stern father talking to his good-for-nothing son. “Then you’ll do it again.” Jump school makes men out of hippies seems to be the prevailing message.

The video also features the one and only ever airborne-themed pop song, in which a man backed by a gospel choir continuously chants, “Airborne’s rough so you gotta be tough!” How that song never won a Grammy is beyond us.

To fully appreciate this mind-bending masterpiece, it must be watched from start to finish, so be patient. Just when you think it can’t get any better, or weirder, it does. Prepare to be motivated: