Sexually Transmitted Diseases Are On The Rise Across The Military

Sexually transmitted disease cases are rising in the military in line with a record number of reported cases across the... 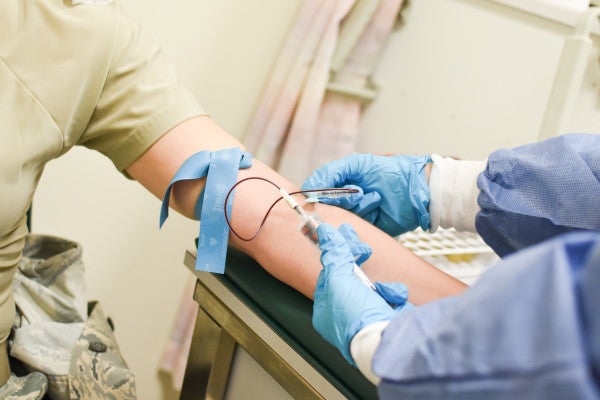 Sexually transmitted disease cases are rising in the military in line with a record number of reported cases across the civilian population in the U.S.

“Not long ago, gonorrhea rates were at historic lows, syphilis was close to elimination, and better chlamydia diagnostic tests and more screening were available,” Dr. Gail Bolan, the Centers for Disease Control’s director of STD prevention, wrote in a recent agency report. “That progress has since unraveled.”

The CDC reported its highest-ever number of STD cases this year after increases over a three-year period. Similar rising trends are being seen in the military.

Syphilis diagnoses doubled during the past decade, according to the military’s Medical Surveillance Monthly Report released in September. Chlamydia and gonorrhea cases, stable or declining since a spike in 2008, also were beginning to rise.

Gonorrhea cases have doubled in less than a year at Vicenza, said Lt. Col. Orlando Ruiz Sosa, chief of preventive medicine at the Army’s base health center. Chlamydia cases have increased by more than a third, Ruiz Sosa added.

Vicenza health officials have responded by starting a program that they hope will encourage more people to get tested and treated.

Troops and others with military health benefits may “self-refer” themselves for testing by going to the health center lab — without an appointment, doctor’s referral, sergeant’s sick call approval or commander involvement.

Test results are sent to a confidential physician, if desired. Positive results are relayed in a phone call, followed by treatment and counseling.

Contact information for recent sexual partners is sought so that they also can be tested and, if necessary, treated — but they aren’t told who mentioned them.

Undetected STDs can lead to serious health consequences, yet they frequently show no symptoms. That’s especially true for women, whose physiology makes them more likely to contract chlamydia and gonorrhea from a male partner than the reverse, and more likely to suffer complications.

Experts recommend that all sexually active women younger than 25 be tested annually for chlamydia. People also should be tested if they’ve had sex with a new partner or multiple partners, or their partners did.

“The question is why is the rate higher once they put on the uniform?” Garges said.

Part of the reason is explained by demographics, experts say. Troops are young, as are the majority of those at risk for STDs.

Where troops come from also plays a role: 44 percent of troops enlist from the southern U.S., which has the highest rates in the nation for gonorrhea and chlamydia.

“They bring their STDs with them,” Garges said.

Troops also can access expanding sexual networks, with partners at their duty stations, in the local civilian community, on deployment and when they go home on leave.

“We think when people put on the uniform, they’re exposed to higher-risk networks,” Garges said. “Your partners have other partners. It allows for diseases to move through populations.”

Surveys have indicated high alcohol use in the military, which is associated with riskier sex and less condom use. One study of Navy women suggested many believed they’d be viewed as sexually promiscuous if they had condoms or insisted on their use.

Ruiz Sosa said many people he’s counseled after they’d been diagnosed expressed embarrassment or shame. “I’ve seen males and females crying,” Ruiz Sosa said. “I try to comfort them. I say it could happen to anyone.”

He also tells them that avoiding STDs requires abstinence or monogamy, and that consistent condom use is highly effective in reducing the risk for sexually active people. “I say, ‘Be careful. Be responsible,’?” he said.

But Garges said the military needed a new overall approach to dealing with STDs. Advising troops merely to be careful and to use condoms obviously has been ineffective, he said.

“I’ve been working on this for years,” Garges said. “We have the exact same problem we had 50 years ago. We have this high burden of disease and we’ve just sort of accepted it.”