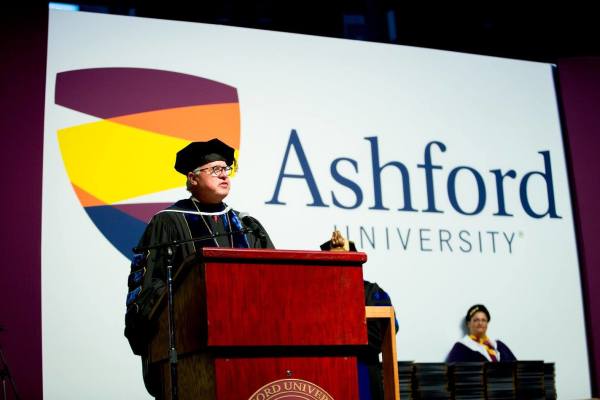 Ashford University withdrew its request to receive GI Bill certification in California, further endangering benefits for more than 6,000 veterans attending their mostly online program, according to a report filed Tuesday.

Bridgepoint Education, the university’s parent company, withdrew its request for certification from the state of California on June 30, according to a Securities and Exchange Commission report.

The school’s request withdrawal comes after Iowa postponed a decision to pull GI Bill certification on June 20, giving Ashford until September to seek and receive approval in California.

Iowa pulled Ashford’s approval for GI Bill funding when the university announced their operations would leave the state and move west.

Now, Iowa could be Ashford’s only option for certification.

“It may be more likely that they will lose the ability to accept GI Bill benefits,” said James Schmeling, executive vice president of strategic engagement at Student Veterans of America, a national veterans advocacy group.

Marianne Perez, a spokeswoman for Bridgepoint Education, declined to explain why the company withdrew their request in California.

However, in 2013, the attorney general in California subpoenaed Bridgepoint to investigate alleged violations of financial aid and enrollment practices.

This episode leaves student veterans in the middle of a complicated issue of states granting academic institutions the ability to enroll students using the GI Bill. More than 6,000 troops, veterans and family members attend Ashford, almost exclusively online, according to court documents filed in June.

Students could be left paying tuition out of pocket and foregoing housing stipends after Sept. 18 if Iowa does not postpone or reverse their decision. Staci Hupp, Iowa Department of Education spokeswoman, said the discussion between the state and Ashford is ongoing but no decisions have been made yet.

“Uncertainty for student veterans about their college’s ability to accept GI Bill benefits is disruptive to their future,” Schmeling said, adding he would recommend students attending Ashford to consider a transfer to other schools to avoid further difficulties.

If Ashford cannot grant GI Bill benefits after Sept. 18 and students are left paying thousands of dollars in tuition without monthly housing payments, it could lead to issues such as eviction and homelessness, he said.

A full year of tuition at Ashford is more than $21,000, according to a Department of Veterans Affairs GI Bill benefits calculator.

Ashford University sued the state of Iowa in June to reverse its decision to revoke GI Bill certification, asserting the state misunderstood when and which operations would go to California, according to court filings obtained by Stars and Stripes.

The June 14 suit, filed about two weeks before Ashford withdrew its request from California, also states the company had doubts it could receive certification from that state in a timely manner.

Ashford’s intense focus on receiving certification for the GI Bill stems from the program’s consistent tuition cash flow, which sent $1.7 billion to for-profit schools between from 2012-2013, according to a Senate investigation.

The investigation points to a loophole that observers such as Schmeling contend for-profit schools exploit. Universities are barred from receiving more than 90 percent of their revenue from federal aid programs. The GI Bill is not counted in that number.

The percentage of Ashford’s revenue from federal coffers has risen close to the cap. In 2015, federal aid at Ashford accounted for nearly 81 percent of its revenue, according to the SEC filing.

The loophole allows for-profit schools such as Ashford “to leverage $1 of GI Bill funding to draw $9 in federal aid,” Schmeling said, making veterans especially prized students at these schools, which are closely watched by regulators.

In 2014, Ashford settled a lawsuit with the Iowa attorney general for $7.25 million for what it called “unconscionable sales practices.” Hupp said the attorney general’s office is providing assistance to Iowa’s Department of Education during its ongoing discussion with the university.