What are your options with unaccompanied orders?

“Honey, I have news,” is how the conversation always starts. But the hard part is when news of a military... 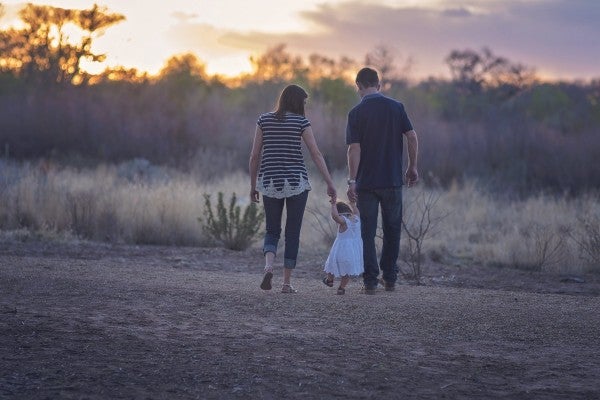 “Honey, I have news,” is how the conversation always starts. But the hard part is when news of a military move involves an unaccompanied tour. In the Army, the most common unaccompanied tour destination is Korea. More and more military families make the decision not to follow their spouse for a variety of reasons.

What becomes tricky is when the spouse staying behind is left with several options. The opportunity to move back “home” exists, as does the option to remain at your current location. Another choice is to PCS to the next duty station (if known). The decision is not an easy one. There is no ‘right’ answer. Of course, whatever you and your spouse decide comes with military rules and regulations.

WHAT ARE MY OPTIONS?

The basic allowance (BAH) for housing question is discussed with every unaccompanied move. The simple answer is, yes; the service member will still receive BAH for their family when they go unaccompanied. The more complicated answer is how the amount is calculated. Let’s use some real-life examples.

Tracy went home to West Virginia when her husband did a year-long unaccompanied tour in Kuwait. “We were stationed in New Jersey at the time and would not be returning to that duty station, so it did not make sense to stay,” she recalled. “It is hard to be in my hometown surrounded by people with no clue what military family life is like, but it was great that my kids were able to build strong bonds with their grandparents, aunts, uncles, and cousins.” Since Tracy’s husband was sent on an unaccompanied tour, and the family was not allowed to go, the BAH the family received was based on their actual location.

On the other hand, when Mindy moved from North Carolina to Texas after falling ill, she ended up living with her parents for 15 months during a deployment. “We had to keep our apartment in North Carolina, and I went back about two weeks before he got home to get settled in,” she remembered. Since a deployment does not authorize moving home, the BAH would be for the duty station where the service member is stationed, no matter where the family lives.

A third option is to move ahead to the next duty station like Amanda and Crystal have done. Amanda moved ahead while her husband was in Korea because that would put her and the kids closer to family. It was fortunate as she needed some help when medical problems arose. When Crystal’s husband went to school for nine months, she also moved ahead to their next duty station. “He was gone for about nine months and then he signed into Ft. Bragg and deployed for a year.” She says, “I’m glad we moved ahead to get settled into our groove instead of postponing the inevitable.”

SHOULD I STAY OR SHOULD I GO NOW?

If you ask a hundred military families what they would do if faced with this situation, you’d probably get an even split. One-third would stay behind, where they already have an established support system, a house, and friends. This choice is especially prevalent when a service member is returning to the same place since the military won’t always pay for the family to move when the stateside duty station is the same.

Another third would PCS to the next place, get settled and keep on living. “After living this life for 17 years and having school-aged kids, I think it’s easier just to get the girls settled into their new schools and save them from any further moves,” Crystal explained.

The final third would move back home to live with or be close to their family. Like Tracy mentioned, giving children the opportunity to live close to their extended family is something that happens so rarely, it’s hard to turn it down. Karin did just that when her husband went to Korea, “I moved back home and rented a house near my parents and in-laws, the boys were 3, 3, and 8.”

ITS A PERSONAL DECISION

No one can answer this question for you. The decision has to be made with your family’s best interest in mind. Sometimes that means living near the best schools for the kids. Living close to family is often a huge help to the parent staying behind. And sometimes the security of living on post puts the service member at ease so that becomes the best option. Whatever you decide, know that there is a wealth of information and a vast support system among the military community just waiting for you with open arms.