Military service in a combat theater is a lot like sex. Both can be pretty exciting, sure. But one of... 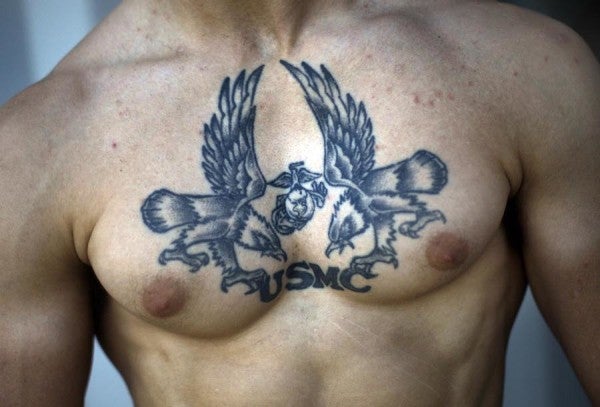 Military service in a combat theater is a lot like sex. Both can be pretty exciting, sure. But one of the more nuanced rules applies to both — anyone who talks about it a lot has probably done it the least.

Everyone remembers the kid in high school who bragged about going “all the way,” but had never touched a bra strap. Similarly, the biggest braggarts as far as military experience are usually those who have none at all — fakers trying to receive respect and recognition they never earned.

Even with service members, if one manages to work his military experience into the first five minutes of a conversation, you can almost guarantee he’s never been anywhere or done anything.

At the other end of the spectrum, for the heroes who went well above and beyond the call of duty, one usually needs a crowbar to pry war stories out of them.

Most veterans fall somewhere between those extremes. We did our military jobs to the best of our abilities. We spent some days doing things that most civilians can only read about. We spent other days doing nothing, playing cards, or watching movies in a desert hooch or aboard a ship. Nevertheless, every service member who has served honorably should take great pride in that.

Hold that pride in your heart. Never let it go. Because I’m going to share a hard truth with you. No civilian personally owes you anything because of it. You signed a contract and that’s what you rate. Anything else is a bonus.

Many veterans pull the vet card anytime a civilian upsets them, be that at a government office, a bar, or a traffic stop. But the worst examples are at retail establishments. If Home Depot doesn’t give a non-active-duty veteran 10% off every single day, or Sears has a hard time processing your free gift card, guess what? They didn’t have to give special treatment to vets in the first place. So when the minimum-wage ticket clerk at an amusement park doesn’t allow you to take a fourth family member in for free admission, don’t lecture her about your extensive deployment experience.

If you have a legitimate gripe about a store’s discount policy, politely ask to see a copy. If it doesn’t include your service status or the type of ID you have, then stop. Just stop there. If you think it should include you, then calmly ask to speak to a manager. If that doesn’t work, then write a simple, concise e-mail to their corporate headquarters. No one, including other veterans, wants to hear an angry vet venting about an imaginary slight, whether in person or in a poorly-conceived YouTube or Facebook post. You’re spoiling it for everyone else. That advice goes double for spouses.

“I was in Afghanistan/Iraq/wherever” is not an answer to anything other than, “So where did you serve?” Also, no one, in or out of the military, wants to hear your story about indirect fire at the forward operating base. Let it go.

“So how will everyone know that I’m a badass soldier/Marine/sailor/airman?” Well, if you really are such a force to be reckoned with, people will know. Regaling them with unsolicited tales of bravado isn’t helping anybody. If you want to prove you’re a stand-up guy, do it with your actions, not your words.

Veterans have a mixed reputation among civilians. They are grateful for what veterans have done. On the other hand, civilians are faced with overblown media accounts of vets with post-traumatic stress and adjustment problems.

As veterans, we owe it to each other to counteract those misconceptions. We need to be examples of mature men and women who bring hard-earned experience and wisdom to our communities. If veterans first strive to do that, civilians will want to hear our stories. Show, don’t tell. Teach, don’t lecture.

Ranting about how military service entitles one to something doesn’t help correct any of the public’s negative perceptions of veterans.

Some vets don’t want to hear it, but the civilian world isn’t all rainbows and unicorns, either. Joe Citizen has seen his income stagnate, even as he works harder and is more productive every year.

He probably doesn’t have a retirement plan, and has no idea how he’s going to send his kids to college. Joe Citizen sees a service member with a defined-benefit retirement plan and a transferable Post-9/11 G.I. Bill and is genuinely puzzled why he is belligerent over some trivial slight, whether by a store clerk, bar bouncer, or police officer.

As a veteran, you earned the pay and benefits that were promised when you joined. You may not feel that they adequately compensated you for your sacrifices, but nothing in this world could.

Whether you think your pay and benefits are sufficient or not, they’re provided by the continuing support of the American taxpayer. If they think veterans are a bunch of insufferable whiners, their gratitude and goodwill is going to run out. Do your brothers and sisters in arms a favor and don’t be “that guy.”

And while we’re at it, one or two moto stickers on your car is more than enough. Really. Some of you look ridiculous.