Veteran Charged With Tying Her Service Dog To Tree, Shooting Him 5 Times

A veteran has been charged with tying her PTSD service dog to a tree and shooting him five times. The... 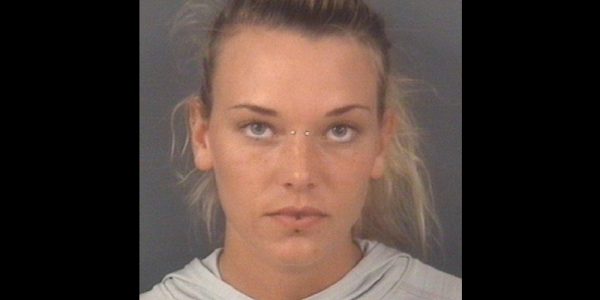 A veteran has been charged with tying her PTSD service dog to a tree and shooting him five times. The dog’s death was filmed by the veteran and a soldier, according to court documents.

Marinna Rollins, 22, of the 5600 block of Netherland Place, was arrested Tuesday afternoon and charged with cruelty to animals and conspiracy, an arrest warrant said. Her bail was set at $10,000.

Jarren Heng, 25, also of the 5600 block of Netherland Place, was arrested Monday and charged with animal cruelty and conspiracy, an arrest warrant said. His bail was set at $5,000.

The warrant said Heng is a soldier with the U.S. Army stationed at Fort Bragg.

The dog, Cumboui, was reported to be an emotional support dog for Rollins, who is said to be suffering from post-traumatic stress disorder and other mental health issues. Rollins’ friends and family said she called the dog Cam.

Rollins and Heng took pictures with the dog before he was tied to a tree, the warrant said. Rollins then shot Cam with a rifle five times at close range, according to the warrant.

Heng and Rollins took turns filming the incident, according to the warrant.

A video of the shooting, obtained by the Fayetteville Observer, shows the owner and Heng laughing at Cam after he was shot.

Rollins then dragged the dog's dead body around before putting the dog in a shallow grave, the warrant said.