The evangelical school earns substantial revenues from former members of the military whose tuition is supported by the GI Bill, but it continues to generate complaints from aggrieved vets. 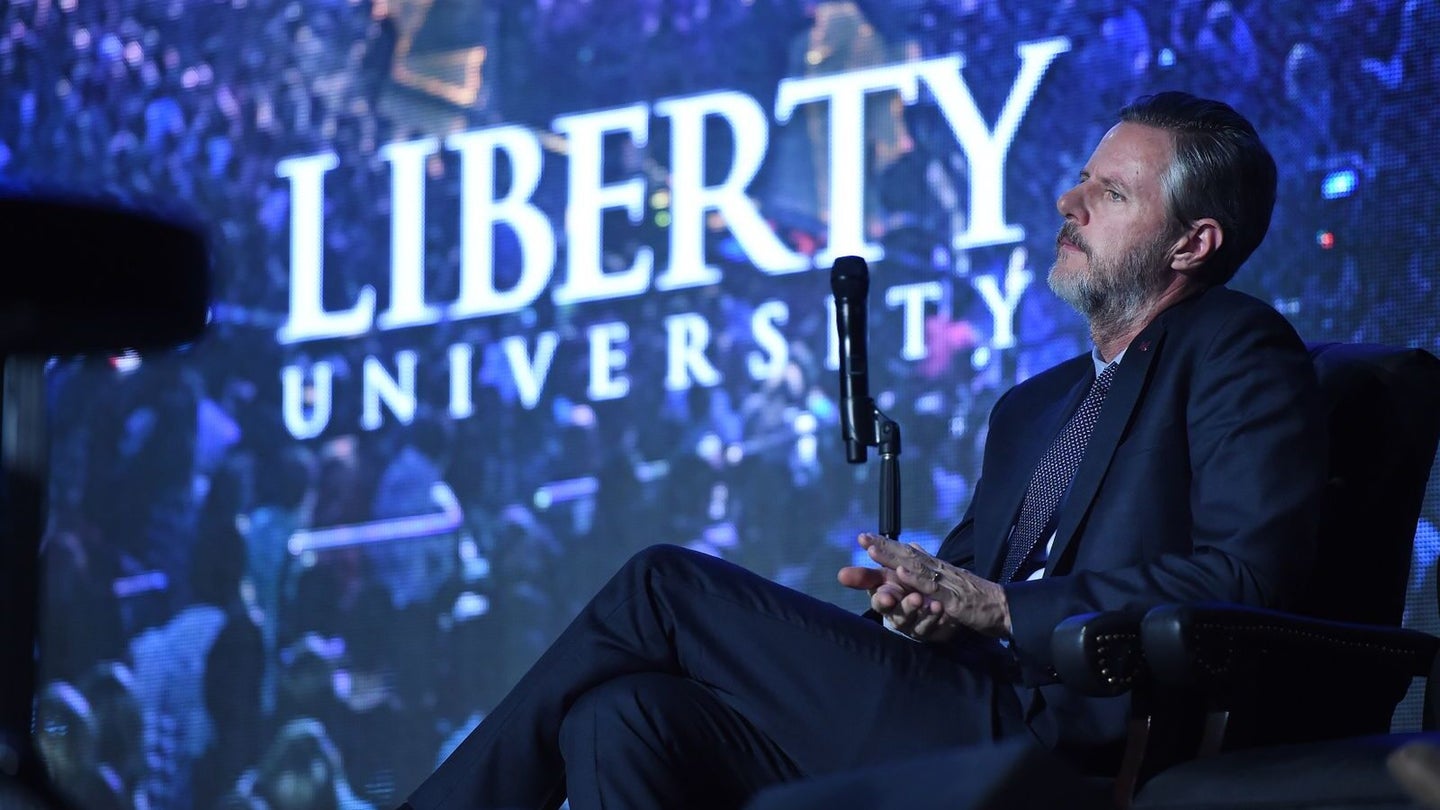 When an Army veteran was looking for somewhere to get an online aviation degree a couple of years ago in hopes of becoming a pilot, Liberty University advertised having the speed and flexibility she needed: accelerated eight-week courses with start times throughout the year and 52 affiliated flight schools around the country where she could get the required flight training. She signed up for the program, paying with the GI Bill benefits that have made military veterans such a reliable source of revenue for Liberty and other universities with large online programs.

But when her husband, who was still on active duty, learned he would be transferred from Georgia to Hawaii, she discovered that the lone Liberty flight affiliate on Oahu, George’s Aviation Services in Honolulu, did not offer the accelerated courses Liberty had touted. This meant that it would take her double the time to complete her program, two years rather than one, and would cost U.S. taxpayers more along the way, she stated in a complaint she filed with the Department of Veterans Affairs.

“There was not one time where it was clearly stated that some flight affiliates do not accept students in the accelerated program,” she wrote in her complaint. “I would not have enrolled knowing that I didn’t have the option at every flight affiliate and now I am stuck with having very few courses remaining and an inability to continue in the program.”

The complaint was one of more than a dozen provided in response to a public records request about Liberty that was filed with the Veterans Affairs department’s GI Bill Feedback Tool and shared with ProPublica. In 2018, ProPublica published an investigation of the highly lucrative online operation at Liberty, the evangelical college in Lynchburg, Virginia, founded in 1971 by the Rev. Jerry Falwell. The investigation showed how under the leadership of Falwell’s son, Jerry Falwell Jr., who took over after his father’s death in 2007, Liberty turned its online division into the financial engine of its burgeoning campus and political network, helping drive the university’s net assets from $150 million in 2007 to more than $2.5 billion in 2018.

The article revealed how much Liberty — the second-largest provider of online education after the University of Phoenix — relied on taxpayer funding for tuition revenue: Its students received more than $772 million in total aid from the Department of Education by 2017, plus more than $40 million from the Department of Veterans Affairs. Military veterans are such a big market for Liberty University Online that it has a whole division assigned to them.

And the article described a “steep drop-off in quality from the traditional college to the online courses” that was “openly acknowledged among Liberty faculty.” It showed how the university managed to keep its costs in delivering online courses exceedingly low by relying on low-paid instructors and course designers. This helped explain how Liberty, which is a nonprofit organization, managed to pocket $215 million of net income on nearly $1 billion in revenue in 2016, but it also helped explain why students were filing complaints with Virginia’s higher education oversight agency. It was a couple dozen such complaints, obtained via a public records request, that gave rise to the ProPublica investigation, revealing a much deeper iceberg of concerns about Liberty’s online operation. (In the 2018 article, Falwell Jr. described the university’s financial management as shrewd and defended the quality of its instruction.)

There have been dramatic changes at Liberty since then: In the summer of 2020, Falwell Jr. resigned as president after news reports of extramarital activities involving him and his wife. (He said that his wife had had an affair but that he had not.) Meanwhile, the university community has witnessed the realization of the goal that Falwell cited in championing Donald Trump for president in 2016: the Supreme Court’s overturning of Roe v. Wade.

Throughout all the upheaval, though, complaints about online education have kept coming, as shown by the VA’s records, which were provided to Dahn Shaulis, a higher education blogger who filed a records request for complaints and then shared the agency’s response with ProPublica. Those records do not indicate whether the VA took any action in response to the complaints.

A spokesperson for Liberty said in a statement that the university is “not presently aware of any negative findings” by the VA for any such complaints. “In several circumstances,” the statement continued, “including one referenced, the VA independently determined the student’s complaint to be unfounded and did not request Liberty’s review.” (The spokesperson said the university is legally barred “from disclosing certain specific details about individual students.”) He added that Liberty “has trained hundreds-of-thousands of students and naturally not every student was fully satisfied with their experience, but we are ranked much lower with regard to VA complaints per capita compared to our online competitors.”

Asked about the complaints against Liberty, a VA spokesperson replied with a statement that noted: “VA continues to review and monitor all GI Bill schools’ compliance with applicable statutes and regulations, and when necessary, will take appropriate action and provide GI Bill students, the public, and state or federal partners with timely information and options.” The statement added, “Actions taken in response to a reported issue are not shared on the GI Bill Feedback Tool.”

The woman moving to Hawaii was not the only aggrieved aviation student. Another complaint, filed early this year, alleged a “bait and switch tactic” by Liberty to gain a student’s enrollment. The university offered a course meant to allow a helicopter pilot to transition their skills into an airplane certification, combining that training with prerequisite courses that would together result in a full-tuition load. The transition course required special approval, and the applicant applied for and received it, and then went through the requisite “financial check-in” portal to confirm his payment via the GI Bill.

Only after he’d done all that did it emerge that, according to the complaint, the transition course was in fact nonexistent. But he was signed up for the prerequisite courses, which he would never have bothered to take on his own. After he protested, the university unenrolled him completely from the university, which he took as “retribution.” He asked that the VA “place [Liberty] in a review status where they are forced to administer the program in a more circumspect manner.”

For another veteran, the problems started later in his time at Liberty, when he was just a few credits shy of getting his degree. In May 2021, he suddenly got notice that his financial aid had been suspended because he had supposedly fallen short of Satisfactory Academic Progress standards, even though his GPA was well above the 2.0 given as the minimum necessary on the financial aid website. The university then demanded he pay $2,934 to make up the difference, which he said made it impossible to complete his degree. He was unable to reach anyone to resolve the matter. “I have made several calls to the school and no one has been willing or able to help in getting the information needed to ensure that this issue gets resolved,” he wrote. “I have filed several appeals to this and all have been denied but they have refused to say why or ask for any additional information from me in any way.”

Lack of communication was a recurring theme in the complaints. Another student, entering her last semester in the school of education, had reached out to Liberty early this year to let the school know that due to health problems, she would be unable to act as a student teacher and would need to transfer into a nonlicensure track as a result. But she said she received incorrect information and was placed into the wrong class and from there fell into a morass of delays and unreturned emails, as emails are the only way that the school lets students communicate with the “gate coordinators” who oversee advancement through the education degree program.

“Advising has told me that they are required to answer in 48 hours, but that has never been the case for me,” she wrote. “At this point, I feel like they have taken my money and the money of the VA and are now leaving me high and dry. They do not seem to care that I am going to be unable to graduate and finish my degree after years of work. I have invested countless hours trying to meet their requirements and have faced nothing but misinformation, incorrect information [and] people passing the buck to someone else.” She concluded, “I feel like I have wasted my time and money as well as the money the VA has invested in my education.”

Yet another veteran offered a more systematic criticism this spring. Liberty, his complaint asserted, was failing GI Bill recipients on three levels: The university fails to certify their GI Bill benefits properly, which often creates a welter of unnecessary debts and offsets; it fails to provide proper academic advising, with the consequence that “veterans can get over their heads and fail classes or not be adequately informed about course loads”; and it fails to provide adequate academic support for the online programs, with communications limited mostly to emails. “They do not answer their phones besides the call centers that cannot provide detailed support no matter what,” he wrote.

For another veteran who was seeking a Ph.D. in health science and ended up in a billing dispute with the university, the most confounding part was his sense that Liberty was indifferent to the troubles he was experiencing. “Little do they know this causes undue stress in our lives,” he wrote in his complaint, “but I’m sure they do not care because they are only in it for the money.”