The assault occurred after an elderly veteran knocked on the door to ask to use the restroom while he waited for his appointment. 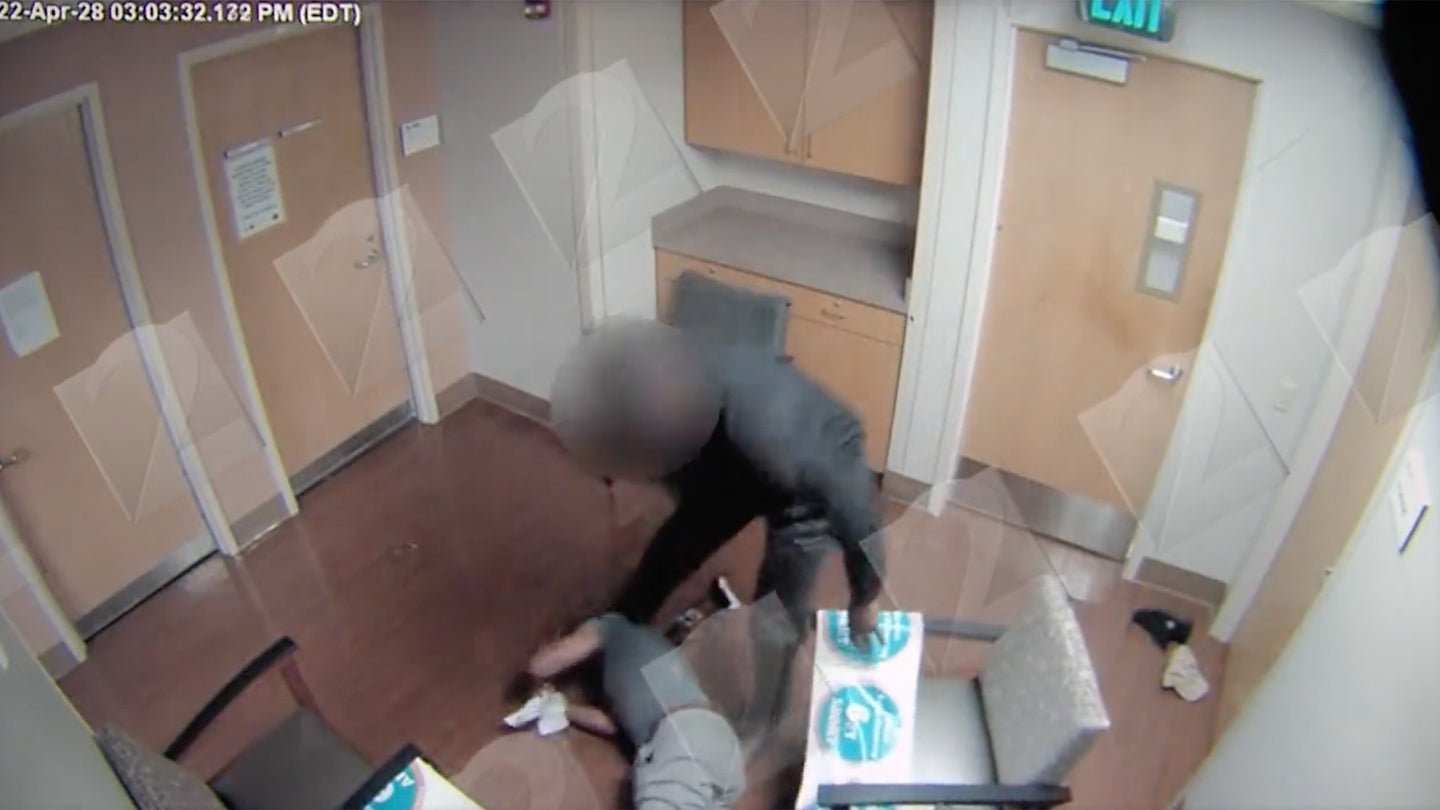 A Department of Veteran Affairs patient advocate who was recorded on a security camera assaulting a veteran patient still has his job.

Video of the encounter, released by WSB-TV, shows Phillip Webb, a 73-year-old Vietnam veteran, being choked, body-slammed, and thrown to the ground at the Department of Veterans Affairs Clinic at Fort McPherson. The assault took place on April 28, 2022.

Lawrence F. Gaillard Jr., a patient advocate at the clinic, was arrested that day and charged with felony assault.

In the video, Webb can be seen in a waiting room. After Gaillard points his finger in Webb’s face, he grabs Webb and throws him against a wall, choking him with both hands. He then throws Webb to the ground and repeatedly kicks him in the head before leaving the room.

The initial charging document from the U.S. Attorney’s office in the northern district of Georgia notes that Webb was initially treated by a doctor at the clinic who observed several injuries including a large hematoma over his right eyebrow and a contusion on his elbow. Webb was later hospitalized for three days with a “brain bleed,” according to WSB-TV.

Webb was at the clinic for an appointment to discuss a hernia surgery. He told WSB-TV that he doesn’t remember much of the attack itself, but the incident began when he knocked on the door of the waiting room to tell Gaillard that he was going to use the restroom.

“He was Mike Tyson-ing me there,” Webb told the news station. “I’m just stunned. I don’t know what to say.”

Gaillard was later released after paying his bond following the initial charge.

The Atlanta VA office confirmed to Task & Purpose that Gaillard was still under employment.

The case has since been turned over to the Fulton County District Attorney’s office because of jurisdictional issues. That office is now leading the investigation.

The press secretary for the Department of Veterans Affairs, Terrence Hays, told Task & Purpose, “We are horrified at the video of a VA employee assaulting a veteran at the Atlanta VA Health Care System on April 28. This disturbing behavior is contrary to our core values of treating veterans with the dignity and respect they deserve. We take this matter seriously and will cooperate fully with Fulton County law enforcement.”

According to the VA, a patient advocate is “an employee who is specifically designated at each VHA facility to manage the feedback received from veterans, family members and friends. The patient advocate works directly with management and employees to facilitate resolutions.”