In a nutshell, a military brat is the child of an active duty service member. Regardless of their parent’s change... 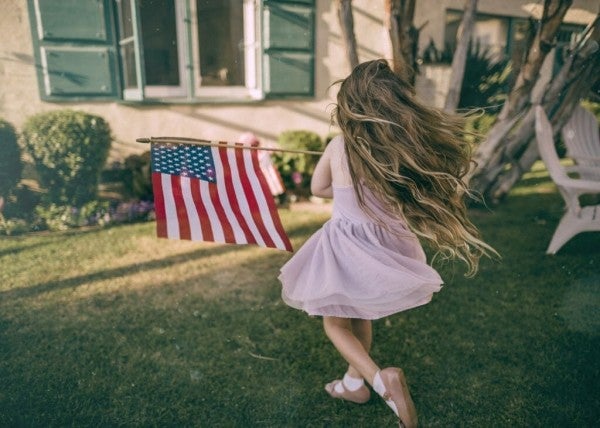 In a nutshell, a military brat is the child of an active duty service member. Regardless of their parent’s change in status, once a military brat, always a military brat. They are also described as “resilient,” “not having a hometown,” and :able to call anywhere home.”

“My kids know how to just roll with whatever gets thrown at us.”

“Resiliency and adaptability! And a strong sense of appreciation.”

“Military brats are special children able to make friends with anyone, and their roots are in their adaptability, not location.”

“They make any situation work in their favor. I had zero anxiety thinking about them adapting to college because I knew regardless they were going to make it work for them.”

I didn’t think twice about going to college out of state.

Why is this? You would think rough PCSes, stressed out parents and having to meet new friends every couple of year would turn our little ones into little irritables, but that is rarely the case. Sure, they don’t like when their stuff goes missing or saying goodbye to friends, but all in all, they seem to take most of it in stride.

“Empathy, adaptability and a strong spine!”

“Patience and a backbone.”

Anyway who says military brats don’t sacrifice has never had to tell a teenager that the military is moving them in the middle of the school year. And for those who struggle with this lifestyle they didn’t choose, the sacrifice is even greater.

“These kids understand what it means to follow something bigger than themselves and our family. They understand sacrifice.”

“They have an open-mindedness and an ability to see that the world is bigger than just themselves at a younger than typical age.”

“There have been many positive personality traits like a great sense of adventure and worldliness.”

“It means you grow up being able to adapt to any location and situation. Your roots are shallow, and you are hardy, easily transplanted wherever the wind blows. There’s a reason the dandelion is the flower of the military child.”

“The best thing being a military brat taught me was to jump in head first and to love fiercely. You can’t live in the ‘what if’ you have to live in the ‘right now.”

“Overall I think it made me more open to moving in general… I didn’t think twice about going to college out of state.”

“She’s adaptable, more mature than her peers, and has a big worldview, but she’s also an introvert so making and saying goodbye to friends has taken its toll.”

And that brings us to our final point. In reading through all the responses, many pointed out that the life of a military brat is not a bed of roses. There are some downsides to living a nomadic life. And certainly not every child ‘blossoms’ under the adversity.

“I’m honestly tired of the unicorns and rainbows and portrayal of how ‘wonderful and amazing’ it all is.”

So it is not an easy ride for some. We can only hope that in the long run, the adversity they’ve had to face living this military life gives them character traits they can take into adulthood.