The Air Force Is Hunting For A More Powerful Bunker Buster 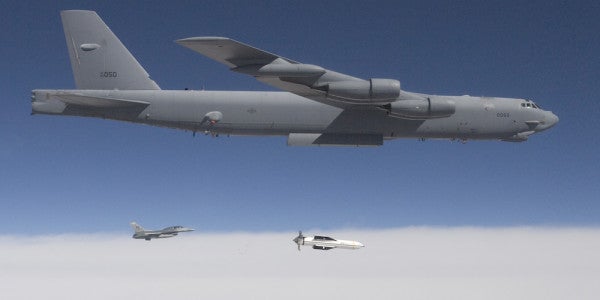 An Air Force Research Laboratory officer is quoted in a post in the “Warrior Maven” blog that “The A2K will bring the next-generation of penetration and use new contours.”

The officer quoted is Col. Gary Hasse, an AFRL weapons developer. AFRL is headquartered at Wright-Patterson Air Force Base.

The A2K and A5K are types of bombs, with the blog reporting that the Air Force is accelerating production of 2,000 and 5,000 bunker-buster bombs, with the goal of improving “penetration and overall attack performance.”