What's better than one Air Force demonstration team? How about all four — at the same time? 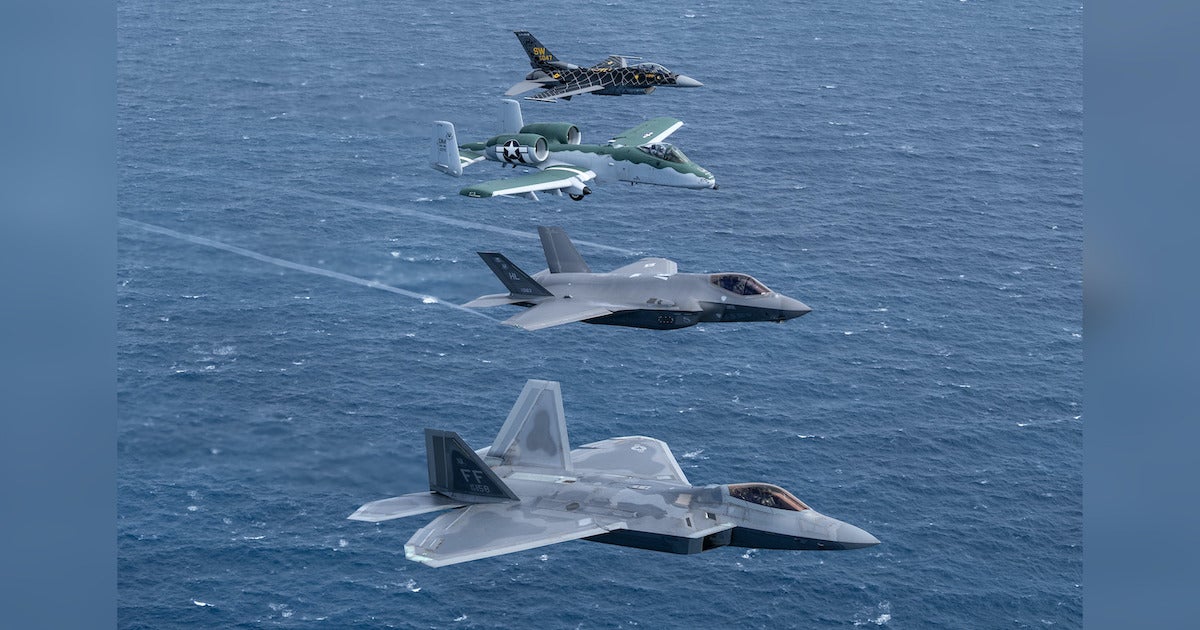 What’s better than one Air Force demonstration team? How about all four — at the same time?

That’s the treat some Air Force observers were treated to this weekend when the service published photos of representatives from all four of its tactical jet demo teams flying in formation over southern Florida on Friday.

SQUAD GOALS 🙌🏼. Awesome opportunity getting the entire gang together today. We are honored to fly alongside our fellow Demo Teams to showcase @usairforce AirPower! pic.twitter.com/MfTlElnmLW

The photos, published to the Defense Visual Information Distribution Service over the weekend, show an F-22 Raptor, F-35 Lightning II, A-10 Thunderbolt II, and F-16 Fighting Falcon in a tight formation over Fort Lauderdale, Florida.

All four demo teams arrived in Florida for the Fort Lauderdale Air Show this weekend to close out what our colleagues at The War Zone called “the weirdest air show season in memory.”

The formation “serves as a representation of all the men and women who serve in our Air Force all across the world,” according to the Air Force.

Take a look at the photos below: