The U.S. Army is moving forward on next-generation concealment technology to ensure that American soldiers can hide in plain sight 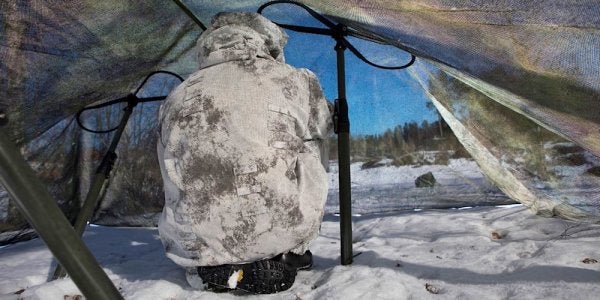 Fibrotex has built an Ultra-Light Camouflage Netting System that can be used to conceal soldier's positions, vehicles, tanks, and aircraft. The new “camouflage system will mask soldiers, vehicles, and installations from state-of-the-art electro-optical sensors and radars,” the company said Thursday in a press release sent to Business Insider.

“Today, more than ever, military forces and opposition groups are using night vision sensors and thermal devices against our troops,” Eyal Malleron, the CEO of Fibrotex USA, said in a statement.

“But, by using Fibrotex's camouflage, concealment and deception solutions, we make them undetectable again, allowing them to continue keeping us safe.”