With the fiscal year 2019 defense budget put to bed without a bloody fight among lawmakers for the first time in... 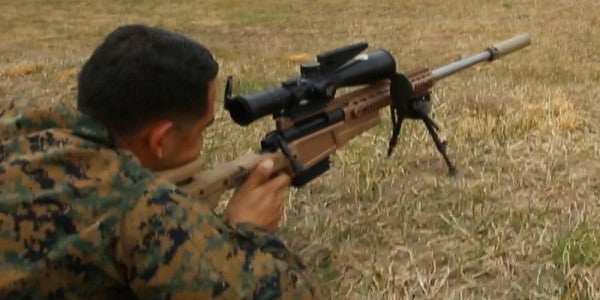 With the fiscal year 2019 defense budget put to bed without a bloody fight among lawmakers for the first time in recent memory, there are plenty of goodies for rank-and-file U.S. service members tucked into the massive appropriation measure — and not just their largest pay raise in more than a decade.

Here's a brief overview of all the new gear headed into the waiting hands of soldiers and Marines downrange in 2019.

An M4 replacement — for Marines, at least

While the Army continues to hash out the details of its next-generation rifle, the Marine Corps in April announced plans to snag up to 15,000 M27 infantry Automatic Rifles produced by Heckler & Koch as a replacement for the M4 carbine, with additional plans to actually field the new rifles to active and reserve infantry platoons at the beginning of 2019. Given some of the problems that cropped up during testing of the platform, time will tell if the Army's decision to stick with its homegrown rifle was the right one.

Sgt. Randy Robles, Quantico Scout Sniper School instructor and Marine Corps Systems Command liaison, explains the features of the Mk13 Mod 7 Sniper Rifle during training aboard Marine Corps Base Quantico, Virginia. MCSC will field the Mk13 in late 2018 and throughout 2019 to increase the lethality and combat effectiveness of scout snipers on the battlefield.

While a handful of lucky Marines with 1st Marine Expeditionary Force units are already rocking the Mk 13 Mod 7 (the Corps’ first new sniper system since the adoption of the M40 during the Vietnam War) in their kits, there are plans to field the rifle to II MEF and II MEF units through 2019 — and Marines already love it. Add in the service's push to procure the 116 7.62mm M110A1 Compact Semi-Automatic Sniper Systems (CSASS) to replace the M110 currently wielded by squad designated marksmen, and it looks like “Boom, headshot!” may become the Marine Corps' motto for the year.

The Torso and Extremity Protection System” or TEP, under development now at Program Executive Office Soldier, sheds about five pounds of weight from the IOTV, and also adds a wide degree of scalability that commanders can make use of depending on threat level and mission

Back in September, a Center for a New American Security report commissioned by the Army Research Laboratory found that American soldiers were lugging around way too much shit, including bulky body armor that “not only slows movement and increases fatigue, but also has been experimentally demonstrated to decrease situational awareness and shooting response times.”

Good thing that, starting this year, the Army began rolling out the new (and lighter) modular torso and extremity protection system (TEP). Sadly, the Marine Corps only just opened a competition for lighter body armor plates, so don't expect a lighter load for Marines anytime soon.

The Marine Corps began fielding the brand-new Binocular Night Vision Goggle II (BNVG II), to Force Reconnaissance and Explosive Ordnance Disposal Marines over the summer with the goal of achieving full operational capacity by spring 2019, which means other Marine MOSs likely aren't far behind. And the BNVG III can't get here soon enough: According to Marine Corps Systems Command, the system's Clip-on Thermal Imager (COTI) “intensifies Marines’ ability to see anything in dark conditions, rain, fog, dust, smoke and through bushes that the legacy binoculars couldn’t.” Predator, anyone?

Boomsticks for both soldiers and Marines!

Sure, it was great news when the Army opted to request $23.3 million for 300 new-and-improved M3A1 recoilless rifle systems rather than last year's $6.5 million; after all, who doesn't love the awesome power of the arsenal of 84mm Carl Gustaf?

The Marines certainly do: The Corps announced in August that it planned on ordering 84mm M3 Carl Gustaf recoilless rifles for every squad as part of the branch’s long-awaited plan to overhaul its infantry squads — the first time the service will field the legendary bazooka downrange.

New sidearms for everyone!

The Army began adopting the Sig Sauer P320 pistol as the M17 and M18 after a long, exhausting hunt for a new sidearm under the service's Modular Handgun System program. Now the other branches are getting a taste: While the Marine Corps already has its own order for 35,000 pistols as part of the fiscal 2019 defense budget, both the Navy and Air Force will soon adopt 60,000 and 130,000 handguns as their go-to sidearm, respectively.

SEE ALSO: 5 Pieces Of Military Tech Powering The Warfighters Of The Future (You Can Only Eat One)