The Army Is Looking For A ‘Stealth’ Uniform For Combat Troops

First, there were stealth fighters that didn’t show up on radar. Now the Army wants uniforms that allow ground troops... 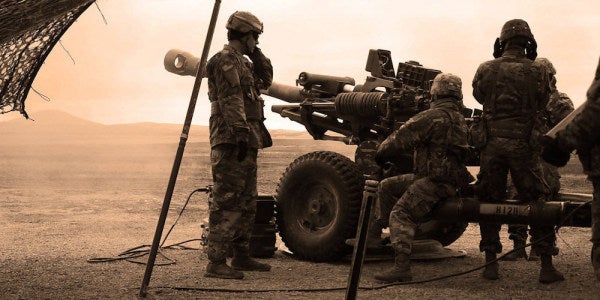 First, there were stealth fighters that didn’t show up on radar. Now the Army wants uniforms that allow ground troops to escape the notice of electromagnetic eyes.

Radar has become an integral part of ground warfare, which makes it that much harder for soldiers to hide on the battlefield. Thus, the Army wants uniforms woven out of a material that will absorb rather than reflect radar waves.

“Radar absorbing and shielding technology has attracted a growing interest due to the recent advances in enemy electronic warfare and detection capabilities, leaving U.S. forces, especially infantry forces, vulnerable to detection across the electromagnetic spectrum,” according to a new Army research solicitation. “Advanced battlefield and ground surveillance radar (BSR/GSR) are readily available in military markets that are highly effective, portable, and automated for large area monitoring.”

Stealth materials already exist but have been unavailable to the lowly foot soldier. “While there exists a wide variety of radar absorbing material (RAM) composites for shelters and vehicles, there are currently no effective and lightweight wearable options to mitigate GSR detection of a dismounted soldier,” the Army notes.

In particular, the Army wants a fabric that will absorb radar waves in the Ku- and X-frequency bands. “Prototypes must demonstrate lab- and field-based capabilities within the X and Ku frequency bands at distances up to 12 kilometers [7.5 miles],” says the Army. Whatever material is devised, the grunts wearing it will be reassured to know that the fabric must be flexible, durable and breathable. It must accommodate temperatures from -30 degrees to 125 degrees Fahrenheit, and withstand wet and humid climates.

The Army’s radar-proof uniform project comes at a time when scientists have developed  “invisibility” cloaks, using material that doesn't interact with radar waves. Meanwhile, Russia says it has already developed radar-invisible uniforms. Better yet, according to Moscow, Russia is working on uniforms that won't only make soldiers invisible, but also germ-free.

Readmore from The National Interest: