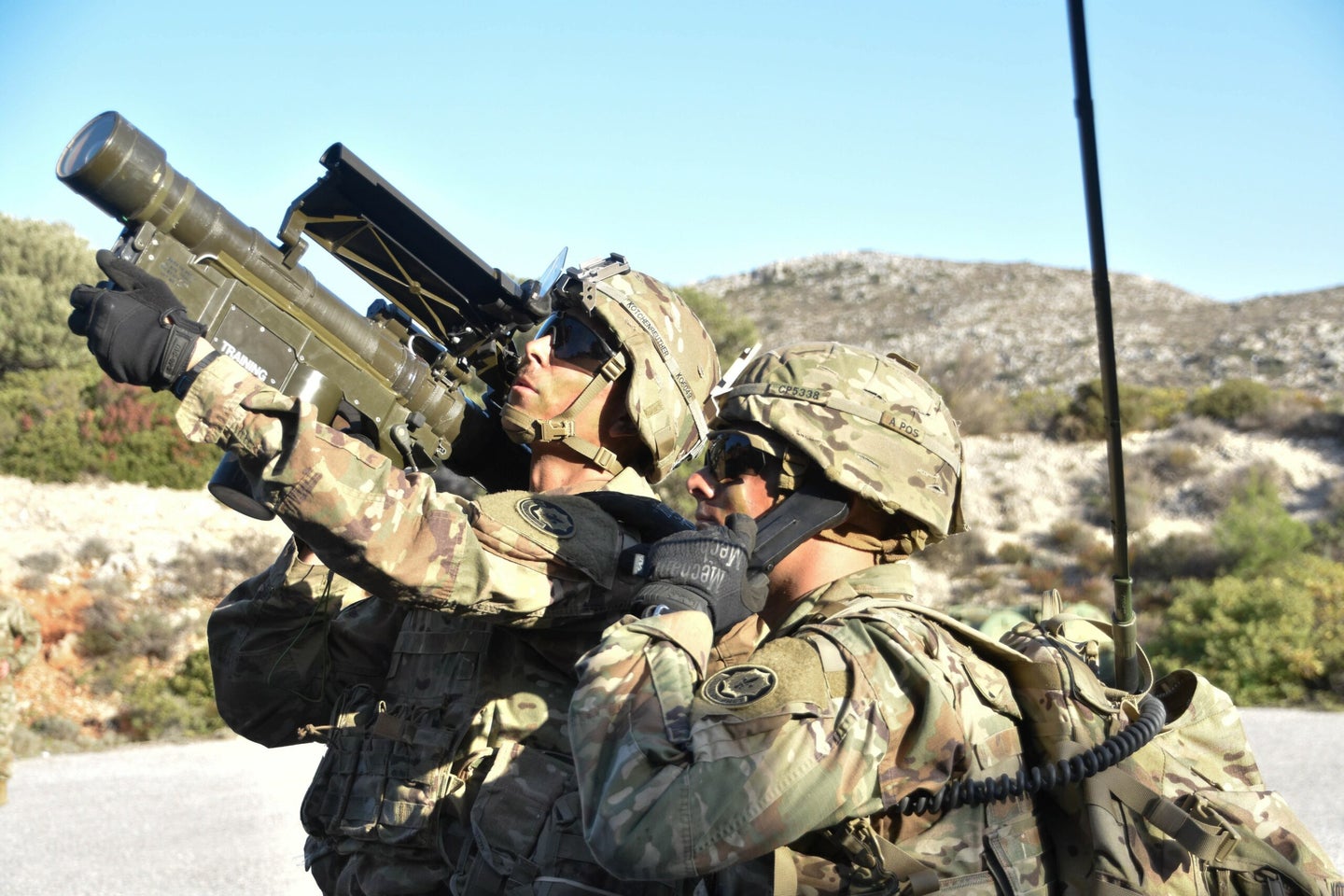 The Army is looking for a fresh man-portable air defense system (MANPADS) to replace the shoulder-launched Raytheon FIM-92 Stinger missile systems that have been in service since the 1980s.

The service issued a request for information on Tuesday in search of the fresh system “to meet increasing demand to counter the growing aerial threat capability,” according to the notice.

The ideal system must be capable of defeating both fixed-wing and rotary-wing ground attack aircraft as well as various unmanned aerial systems “with capabilities equal to or greater than” the current Stinger missile, according to the notice.

“The Army is conducting a SHORAD study which will inform efforts to modernize and to address emerging threats, which may increase the demand for MANPADS capable missiles,” according to the notice.

The service’s current arsenal of Stinger missiles is “in decline,” according to the notice, the Block I missiles’ programmable microprocessors on a timeline to become obsolete in fiscal year 2023 despite an ongoing service life extension.

According to a recent Congressional Research Service report, current service life extension programs plan on keeping the Stringer in service until at least fiscal years 2030-2031.

A “fire-and-forget” missile that employs a passive infrared seeker to home in on its airborne targets up to 2.5 miles away, the Stinger missile has been a critical element of short-range air defense (SHORAD) formations for decades.

Upgrading short-range air and missile defense systems has remained a major modernization priority for the Army as it pivots award from counterinsurgency tactics to assessing large-scale conflicts against near-peer adversaries.

Indeed, the Stinger missile is an integral part of the new Interim Maneuver Short-Range Air Defense (IM-SHORAD) systems developed for the service by General Dynamics Land Systems and Leonardo DRS in response to the Russian annexation of Crimea in 2014 and resurgence in Cold War-style tactics in Europe.

According to the Army notice, the service is currently planning to award a full and open competitive contract no later than fiscal year 2026 for the production of up to 8,000 MANPADS missiles.