The Army is testing a brand-new helicopter-mounted Gatling gun

“It shoots fast, it shoots well, and it shoots accurately." 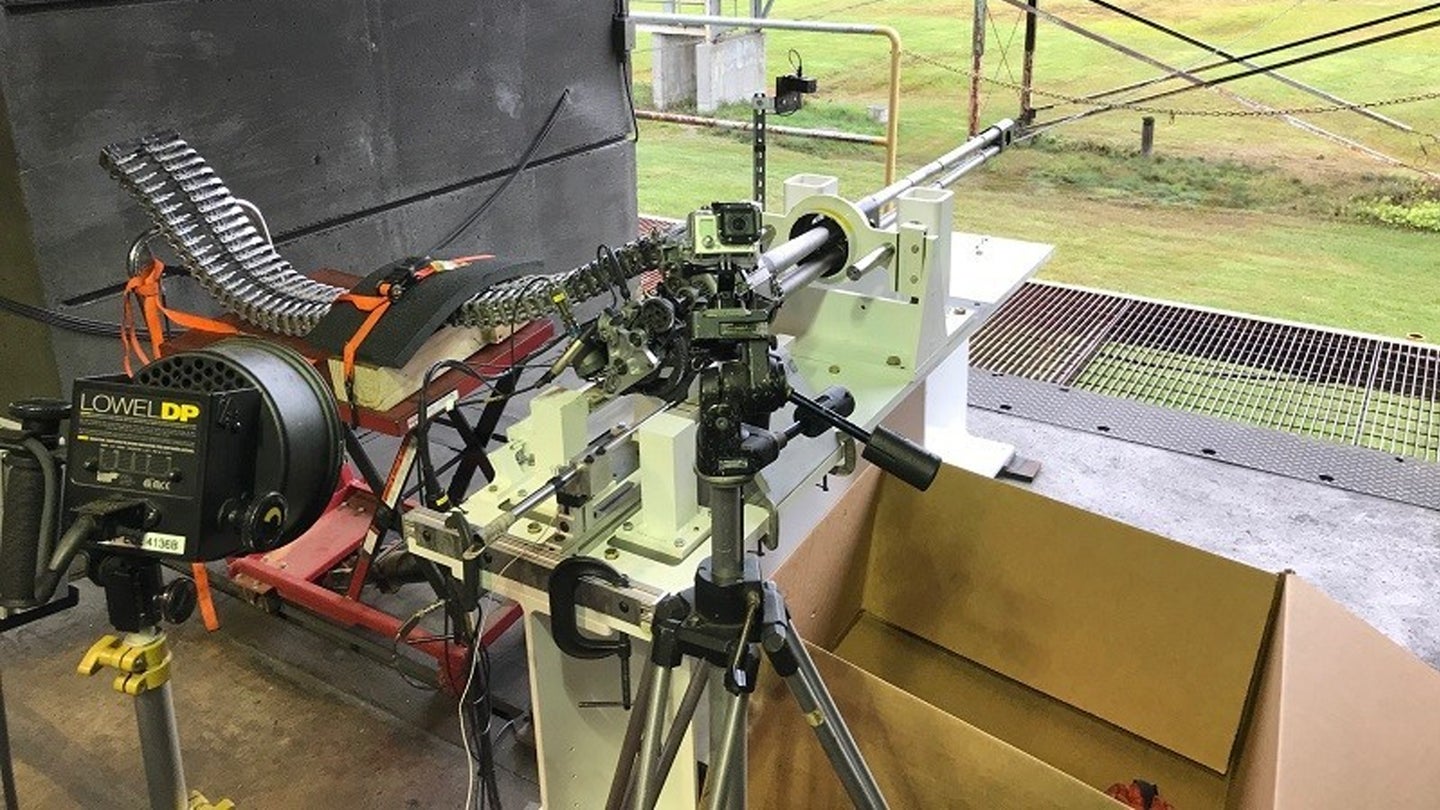 During recent testing at Yuma Proving Ground, Arizona, the Army tried out a new 20mm Gatling-style machine gun for the very first time.

The machine gun is being tested as an addition to the Army’s next-generation Future Vertical Lift (FVL) and Future Attack Reconnaissance Aircraft (FARA) according to a Nov. 3 press release. Ideally the gun will serve as a rotary cannon on one of those futuristic platforms — but for now, the Army is testing it on a UH-60 Black Hawk. It was fired for the first time during Project Convergence, a massive exercise held by Army Futures Command, during which the Army experimented with integrating its weapons systems with the rest of the joint force.

“It shoots fast, it shoots well, and it shoots accurately,” Lt. Col. Cameron Keogh, the Chief of Flight Test for U.S. Army Combat Capabilities Development Command, said in the release. “As a previous attack and recon pilot, I like it.”

The Army mentioned the Gatling-style gun, called the XM915, in a press release last year. The three-barrel weapon, which is still in development, can fire up to 1,500 rounds a minute and weighs under 115 pounds, according to the release.

“The weapon will be mounted in a turreted cradle allowing the weapon to be aimed independent of the aircraft’s direction of travel,” said the 2020 press release, which means that the aircraft doesn’t have to be facing the same direction that it’s firing. “Ammunition will be fed into the weapon by a linkless carrier drive system that accomplishes the same task as steel-belted ammunition while saving weight and increasing system reliability.”

The original Gatling gun, developed in the 19th century, “paved a way for the modern machine guns we recognize today,” as Popular Mechanics reported last year. Though its design varied over the years, the 170-pound manual machine gun “offered unprecedented firepower” and featured multiple barrels around a central axis, which fired with one turn of the crank by the gunner.

Along with getting a chance to try out the XM915, soldiers participating in Project Convergence flew a UH-60 Black Hawk “completely autonomously,” and field-tested things like Air Launched Effects, which the release describes as low-cast surveillance drones attached to a helicopter or vehicle “that can be an aviator’s eyes.”

And who doesn’t love the sound of that?