What We Know About China’s Secretive New Stealth Bombers 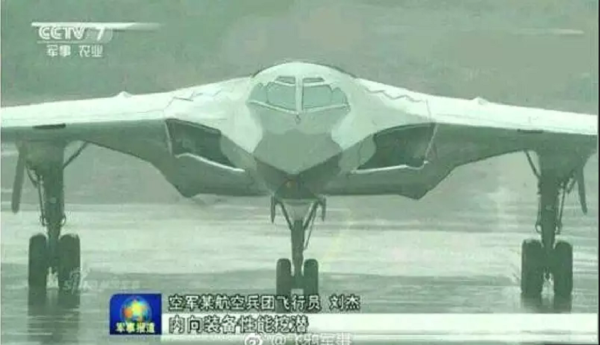 As rumors continue to circulate on Chinese social media about the People's Liberation Army Air Force's much-anticipated stealth bomber, the first glimpses of the next-generation aircraft reportedly turned up in a brand new sizzle reelproduced by AVIC Chinese Aviation Industry Corporation. While no sources have confirmed the authenticity of these images, the video also appeared on the official Weibo page of the state-run China Central Television, making the footage something of a veiled reminder that the military's stealth program continues to steam along swiftly behind the scenes.

The H-20 airframe, designed for both conventional and thermonuclear long-range subsonic strikes, may borrow from legendary and expensive American engineering efforts: Chinese hackers managed to steal thousands of documents related to the design and production of both the F-35 and the B-2 in 2007 from Lockheed Martin, according to documentsleaked by former National Security Agency contractor Edward Snowden that were released in 2015.

There is the strong possibility that China has been able to drop their R&D costs by way of cyber espionage, essentially piggybacking off of the B-2 data they have acquired to create the H-20. With the JH-XX project, China would be starting from scratch. Even if they are basing the JH-XX on the YF-23 Black Widow II, they are not making a direct copy of an existing operational U.S. airframe which would make reverse engineering that much easier. This should result in a slower moving project and a pile of technical hurdles that they cannot enter a cheat code to solve.

It is unlikely the H-6K fleet would be retired if the JH-XX and H-20 become operational. But as the U.S. invests in newer airdefense technology, the H-6K will become a flying coffin in any shooting war in the Pacific. In order to boost A2D2 (anti-access/ area denial) and have a credible deterrent to the U.S. Pacific fleet, a stealth bomber capable of piercing U.S. air defenses is a requirement, not an option for the PLAAF.

But with the H-20 is likely right around the corner, the United States will have to contend with a stealth bomber that is able to both target Pentagon installations across in the Pacific and penetrate their air defenses. Guam may be a great place to take a vacation, but if the U.S. Air Force can’t defend it against a stealth bomber attack, it may be best to check out New Zealand instead.