While the six-minute demonstration by China's J-20 stealth fighters was impressive, it was another aircraft that stole the show on … Continued 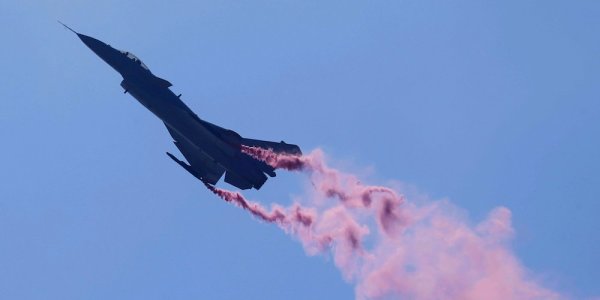 While the six-minute demonstration by China's J-20 stealth fighters was impressive, it was another aircraft that stole the show on the opening day of the country's largest military and commercial aviation exhibition.

China unveiled a prototype for a previously-unseen J-10 variant equipped with a new engine and thrust vectoring control nozzle during a surprise show that featured advanced air combat maneuvers, including the J-turn, the Cobra, and the Falling Like A Leaf moves.

The J-10B TVC variant flew onto the stage with indigenously-produced WS-10 Taihang engines.

“In the past, the engine was a well-known weakness of Chinese fighter jets, since we relied heavily on imports, but the J-10B proves that China can build first-class, thrust-vectoring engines to power our advanced fighters,” a People's Liberation Army Air Force (PLAAF) lieutenant colonel told the Chinese government-controlled Global Times, adding that this new engine technology could give China a leg up in close-combat dogfights.

Dogfighting is increasingly a dying art, though, given developments in stand-off weapons systems and other technological advancements.

“The J-10 is finally able to show its real fighting capability after being equipped with the new engines,” Zhou Chenming, a military expert in Beijing, explained to the South China Morning Post.

Another Chinese military expert, Song Zhongping, told the Global Times that the new engine technology could contribute to the development of the next iteration of the Chinese J-20 stealth fighter, the so-called J-20A. The current J-20 stealth fighters presently rely on foreign exports.

A design for a TVC nozzle appeared at the Zhuhai Airshow 16 years ago, and now China has managed to equip a fighter aircraft with this technology. The demonstration flight Tuesday marked the first public display of TVC capabilities in China.

Like their Chinese counterparts, Western experts also suspect that this milestone achievement could play a role in future stealth fighter development.

“Thrust vector control is … useful for heavy fifth-generation fighters like the Chengdu Aircraft Corporation J-20, as it enables better maneuvering at high supercruise speeds, about Mach 1.5, without reliance on speed-bleeding large control surfaces,” Rick Fisher, an expert in Asian military affairs at the International Assessment and Strategy Center in Washington told the Financial Times. “It is more likely that China will put TVC on a future version of the J-20.”

China
How The Other Half Fights
military tech
news
viral videos