When American Pilots Go To War, DARPA Wants A Robot As Their Co-Pilot

Someday when American pilots go to war, a robot may be their co-pilot. Not a mere auto-pilot. But essentially a … Continued 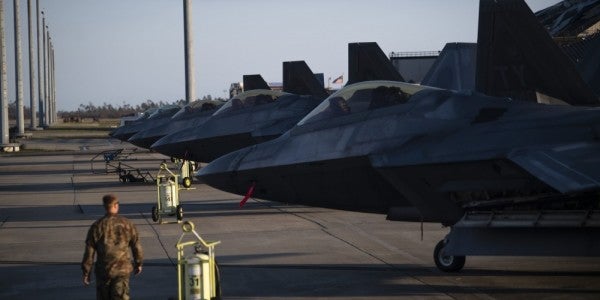 Someday when American pilots go to war, a robot may be their co-pilot.

Not a mere auto-pilot. But essentially a robot pilot that can perform routine piloting tasks, leaving the pilot free to concentrate on firing weapons.

The helicopter flew over a small crowd, “landed in an adjacent field after adjusting to miss a vehicle, and rose up to hover perfectly motionless for several minutes,” according to a DARPA news release . Not exactly dramatic airmanship—except there was no airman at the controls. An Army Blackhawk pilot was controlling the S-76 from a tablet computer while sitting in another aircraft.

“During the hour-long flight demonstration, Ott interfaced with the autonomous capabilities of the system to conduct a series of realistic missions, including aircrew tasks such as low-level terrain flight, confined area takeoffs and landings, landing zone selection, trajectory planning, and wire-obstacle avoidance,” DARPA said. “Before climbing in the cockpit, Ott practiced the mission plan with the ALIAS simulator, a tool that could help reduce mission planning and preparation time for future operators, allowing them to rehearse maneuvers in advance.”

The Army calls this Mission Adaptive Autonomy. “It’s there when the pilot needs the aircraft to fly itself and keep it free of obstacles, so the pilot can focus on more of the mission commander type role,” Ott said. “But the pilot is able to interact with the system to re-suggest, re-route or re-plan on the fly.”

DARPA envisions a kit that can quickly add a robot co-pilot to any manned aircraft. The ALIAS project is entering its final phase, as Blackhawk manufacturer Sikorsky begins integrating the system into a UH-60 for a 2019 flight test.

One question about the project is which aircraft this will benefit. For aircraft such as cargo planes, tankers and helicopters performing routine tasks, this could be useful. For example, DARPA notes that hovering in adverse winds demands a helicopter pilot’s attention, but a computer can do it with precision while leaving the pilot free to concentrate on other tasks. But for a jet fighter in combat, which tasks are routine enough for a machine to take over? Maintaining speed and altitude? Taking evasive action?

But what’s really interesting isn’t how revolutionary ALIAS is, but evolutionary. Airline flights are already under automated control for much of their time in the air, with the human pilot taking over during key portions such as takeoff, landing and bad weather. A robot co-pilot is just the next step.

Michael Peck is a contributing writer for the National Interest. He can be found on Twitter and Facebook .