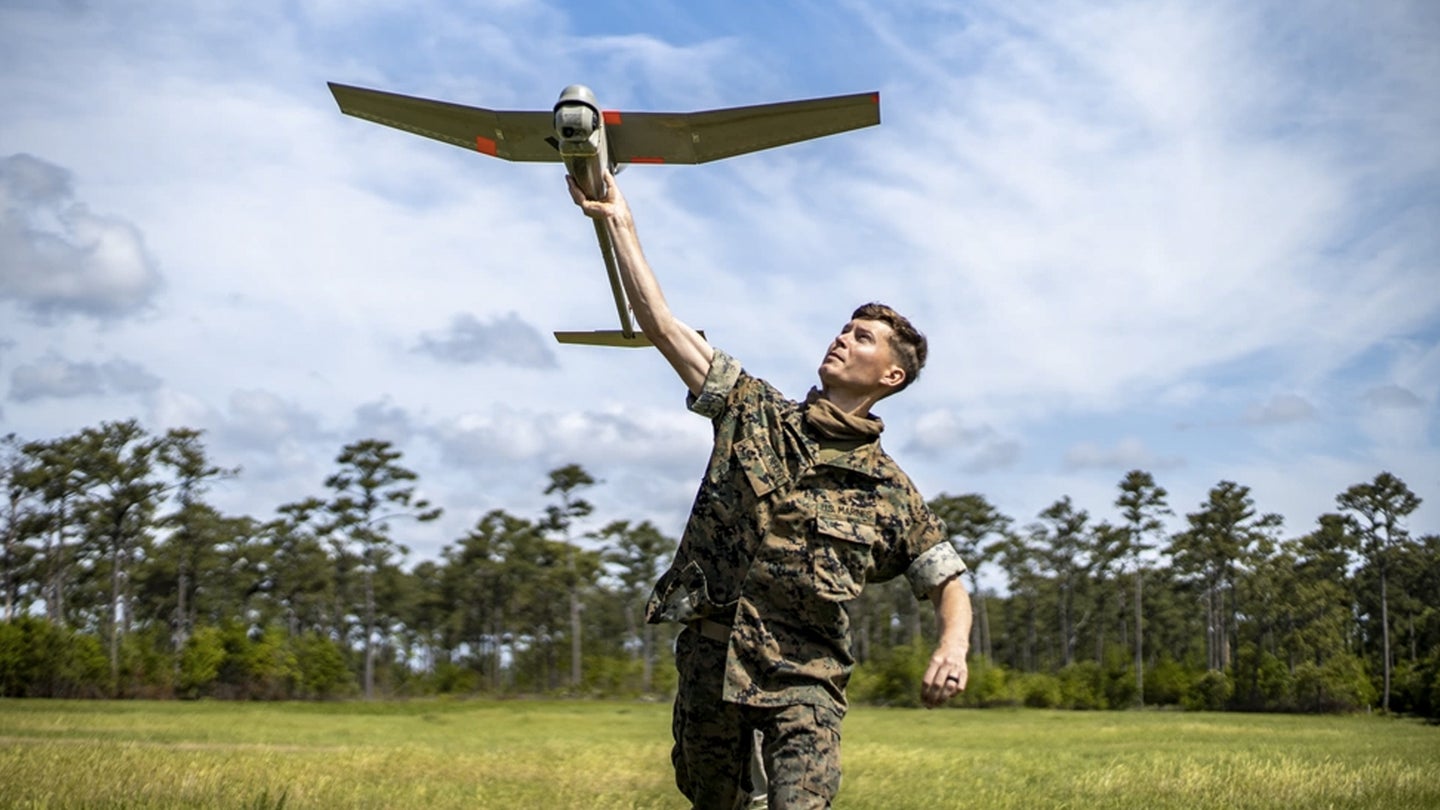 Have you ever needed to recharge your phone but you’re sitting just a little bit too far from a power outlet? The Department of Defense feels your pain, which is why it put $225,000 into researching how to recharge electric aircraft while they are still in flight.

Electric Sky CEO Robert Millman cautioned that DARPA’s interest in Whisper Beam is in the early stages, and the exact military applications of the technology, if any, are yet to be determined. Still, if the technology works and if the military finds use for Whisper Beam, it could be a boon for infantry troops or special operations forces.

For example, the military hopes to use small, affordable drones as eyes in the sky to give service members better intelligence on what’s happening around them, and Whisper Beam could potentially keep those drones flying for longer without interruption.

Many military experts are already urging the wide-scale adoption of small reconnaissance drones by ground troops, and developing swarm tactics in large-scale demonstrations. They can provide special operations forces “with a decisive tactical advantage over their adversaries, providing overhead battlespace awareness while manned aerial assets are at standoff distances,” wrote Air Force Capt. Dick Yount in an article for Air University in July. “The sooner [Special Operations Command] can regularly field [those drones] the better.”

Of course, a drone is only as useful as its power supply. And if you think it’s inconvenient to have to stand up to plug your phone in, imagine if you’re deep behind enemy lines and your drone dies right when you need to know if there’s an enemy fighter waiting for you around the corner. That’s where Whisper Beam could prove useful. According to the press release, the technology would amplify power the way a whispering gallery amplifies sound.

“Whisper Beam technology is the electromagnetic equivalent of a whispering gallery,” said Millman, CEO of Electric Sky. “In a whispering gallery a single listener across the room can hear the speaker but no one else can, not even people standing directly between the speaker and listener. The sound is too weak for them to hear.”

Just the same, with Whisper Beam, radio waves would self-focus power at the receiver, but the waves would be weak everywhere else, the press release explained. That means no, unfortunately you won’t be able to throw your phone between the transmitter and the drone in hopes of stealing a few more minutes of battery life.

Millman said the maximum and minimum range of Whisper Beam depends on how it is configured and the size of the transmitter. Electric Sky plans on demonstrating a “table-top transmitter” for DARPA with a range of a meter or two, but at a later stage it could be scaled up to have a range of hundreds of meters.

“It will vary depending on the transmitter,” he explained. “Some would be designed to hit at hundreds of meters, but it may have trouble focusing at eight or nine meters,” and vice versa.

Cost is the main advantage of using electric power and wireless recharging, Millman said. Electric motors are two or three times more efficient per joule than internal combustion engines, he explained. On top of that, electric motors tend to run quieter and vibrate less than their fossil-fuel dependent counterparts. For military aircraft in general, that means there is less chance of detection and, for manned aircraft, a less tiring flying experience.

“There are a lot of reasons why the military is interested in electric aircraft, but the military also has a lot of specific requirements, so we don’t want to get too far ahead of our skis,” Millman said.

If we did lean a bit far over the edge, we could see some great opportunities for quieter engine technology. In his 2021 paper, Cap. Dick Yount laid out a scenario where special operators are trying to capture “a weapons facilitator and financier for a violent extremist organization in West Africa.”

The operators have a good idea of where the financier is, but they do not want to bring in larger aircraft like the Reaper or AC-130J gunship for fear of spooking the individual with their loud engine noise, Yount imagined. That, plus low cloud ceilings passing through the target area, severely limits the operators’ “battlespace picture,” Yount wrote, allowing an undetected enemy force to move in and counter friendly troops.

Given 20 years of special operations-centric warfare, enemies of the U.S. “have become savvy to many of our tactics, techniques, and procedures,” Yount explained. “Simply put, if there are airplanes overhead, it’s time to lay low.”

But if you have a small group of quiet, affordable drones, that might give operators the intelligence they need to accomplish the mission. Even today, Army infantry grunts are flying drones to scout objectives for their squads. One of those drones, the Black Hornet Nano, is so small it fits in your hand. According to the manufacturer, the Black Hornet has a flight time of just 25 minutes. Maybe with the Whisper Beam, it could fly a lot longer.

“It’s a myth that long-distance power transmission is impossible, it’s just never been economical,” Whisper-Beam inventor Jeff Greason said. “This new method reduces the cost of the ground transmitter and the size of the vehicle’s onboard receiver.”

In particular, Whisper Beam could help recharge drones after power-hungry phases like take off and climb, which would enable vehicle designers “to meet other requirements to extend range, enhance flight safety, reduce peak loads on batteries, and shorten ground turnaround times,” Greason said.

Even today, Air Force mission planners make similar calculations to try to get heavily-loaded aircraft off the ground and then refueled as soon as possible.

“Sometimes Air Force takeoff weight is a constraining factor on what they can do,” Millman said. “Sometimes they overload aircraft and underload fuel just so they can take off.”

The more range the better, because if there’s anything that the last 20 years of the Global War on Terror have proved, it’s that the longer you have eyes in the sky, the more useful those eyes are.

“With the addition of [remotely piloted aircraft] to the field, SOF teams now rely on constant [intelligence, surveillance reconnaissance] in preparing and executing missions,” wrote Air Force Capt. Jordan Kowalski in a 2017 paper for Air University.

Still, Millman cautioned that the first step is to test Whisper Beam out for DARPA, and then, based on the test, find out more about what missions DARPA is envisioning for the technology.

We can only hope that if Whisper Beam takes off, it will be renamed ‘Scotty.’ Then, at long last, the old Star Trek command ‘beam me up Scotty,’ can finally become a legitimate military order.