Almost 100 countries around the world have invested in military drones. 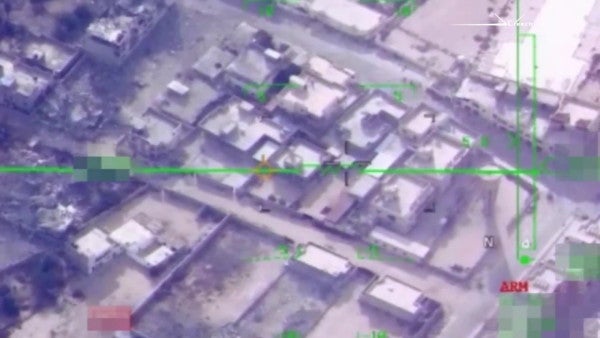 The number of countries with military drones has skyrocketed over the past decade, a new report revealed, showing that nearly 100 countries have this kind of technology incorporated into their armed forces.

In 2010, around 60 countries had drones, but that number has since jumped to 95, a report from Bard College's Center for the Study of the Drone
revealed. Dan Gettinger, the report's author, identified 171 different types of unmanned aerial vehicles in active inventories. Around the world, there are at least 21,000 drones in service, but the number may actually be significantly higher.

There are well over 200 military drone units operational in 58 different countries.

And the proliferation of drone technology is expected to continue as countries like China and others export drones around the world, in both controlled and uncontrolled manners.

“I think drones will be a ubiquitous presence on future battlefields,” Gettinger told Insider Thursday, explaining that drone technology is contributing to an evolution in warfare. “They represent an increase in combat capacity, an increase in the ability of a nation to wage war.”

“We are likely to see drones featuring more prominently in global events, particularly in areas that are considered to be zones of geopolitical tension,” he added, noting that “we see this playing out in the Persian Gulf, Yemen, the Ukraine, and other conflicts.”

Read more:
US soldiers in Afghanistan are patrolling like never before with these awesome pocket-sized spy drones

Drones come in all shapes and sizes and levels of sophistication, and they have become important tools for both countries and non-state actors such as the
Islamic State in several different countries, the Taliban in Afghanistan, and the Iranian-backed Houthi rebels in Yemen.

In recent months, militarized drones have made headlines globally, highlighting the importance of unmanned systems.

Over the past few weeks, the American MQ-25 Stingray, an unmanned refueling asset expected to serve aboard US carriers,
completed its first flight. Russia showed off its new Okhotnik (Hunter) drone flying alongside and working together with the fifth-generation Su-57, an important first step toward manned/unmanned teaming. And, China unveiled a suspected supersonic spy drone and a stealth attack drone during preparations for its National Day celebration.

But, the incident likely the freshest in everyone's mind is the
drone and cruise missile attacks on Saudi oil sites earlier this month, when Saudi oil production was temporarily crippled by systems most air defense systems are not designed to effectively counter.

Read more:
The devastating attack on Saudi oil plants confirms the worst fears about low-tech drones in the wrong hands

Arthur Holland Michel, who co-directs the Center for the Study of the Drone with Gettinger, previously explained to Insider that the attacks confirmed “some of the worst fears among militaries and law enforcement as to just how much damage one can do” with this kind of technology.

He called the attacks a “wake-up call,” one of many in recent years.

The strikes on Saudi Arabia, which the US believes were carried out by Iran, marked the second time in just a few months the US has had to figure out how to respond to a drone-related incident involving Iran, as Iranian forces shot down an expensive US surveillance drone, specifically a RQ-4A Global Hawk high-altitude, long-endurance (HALE) drone, in June.

Read more: Iran just shot down one of the US military's most advanced drones — it costs more than an F-35 stealth fighter

That incident nearly ignited an armed conflict between the US and Iran. President Donald Trump had plans to attack Iranian missile and radar sites in retaliation, but he called off the attack at the last minute due to concerns about possible Iranian casualties.

The US reaction, especially the president's stated concerns that killing Iranians in response to the downing of an unmanned air asset was disproportionate, highlights the challenges of responding to attacks on military drones.

“The US and other countries,” Gettinger explained, “will have to develop a framework for thinking about and understanding enemy unmanned systems and how to deal with them and what their responses should be. Drones are becoming a more important feature of militaries, and the US and other countries will have to have a framework for dealing with that.”